Far-right extremism in EU politics – an existential threat to our democracies?

On 22 June, the European Foundation for Democracy hosted a policy briefing at the European Parliament to discuss far-right extremism and the threat it represents for Europe today, with MEP Tanja Fajon and experts Prof. Matthew J. Goodwin from the University of Kent and Visiting Senior Fellow at Chatham House, Dr Péter Krekó, Associate Professor at Eötvös Loránd University International, Director of Political Capital in Budapest and member of the Radicalisation Awareness Network and Prof. Benjamin De Cleen from Vrije Universiteit Brussel.

Populism is not something necessarily undemocratic, but the political discourse used to justify it may be, and often is when used by the radical right, according to Professor De Cleen. The role of the State is to focus on how to respond to those groups that challenge our common democratic values.

MEP Tanja Fajon concluded by examining the different types of radical movements in Europe, from far right parties to terrorist movements, and said that the threat we are facing today is that of homegrown terrorism. This form of terrorism is gaining popularity thanks to the internet, a platform which still necessitates clear regulations on hate speech, she added. 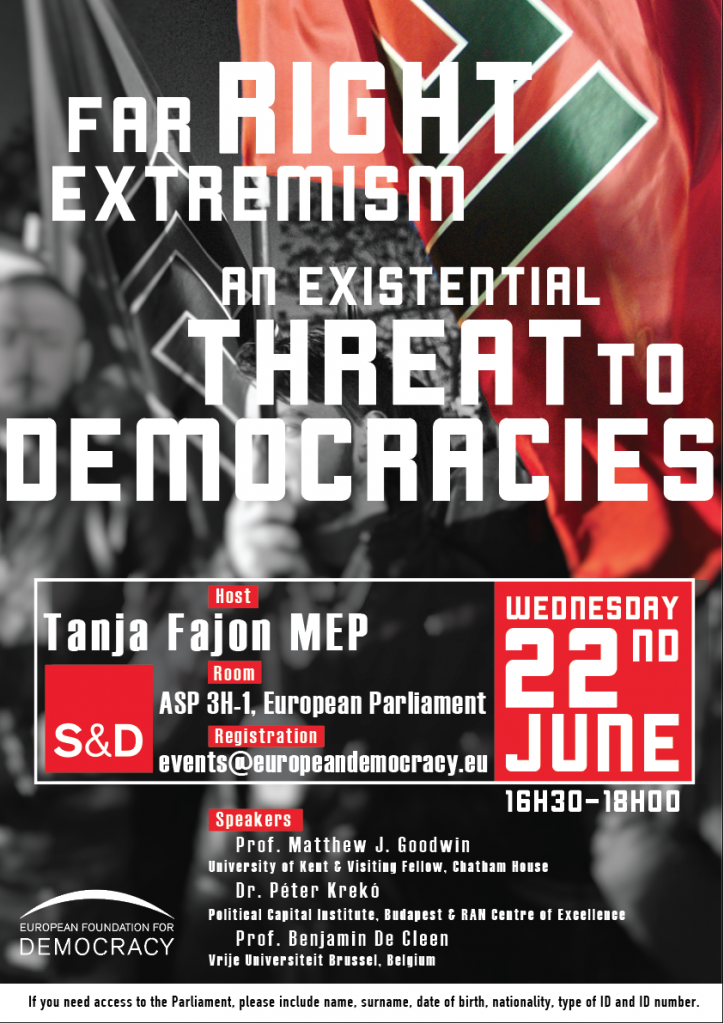