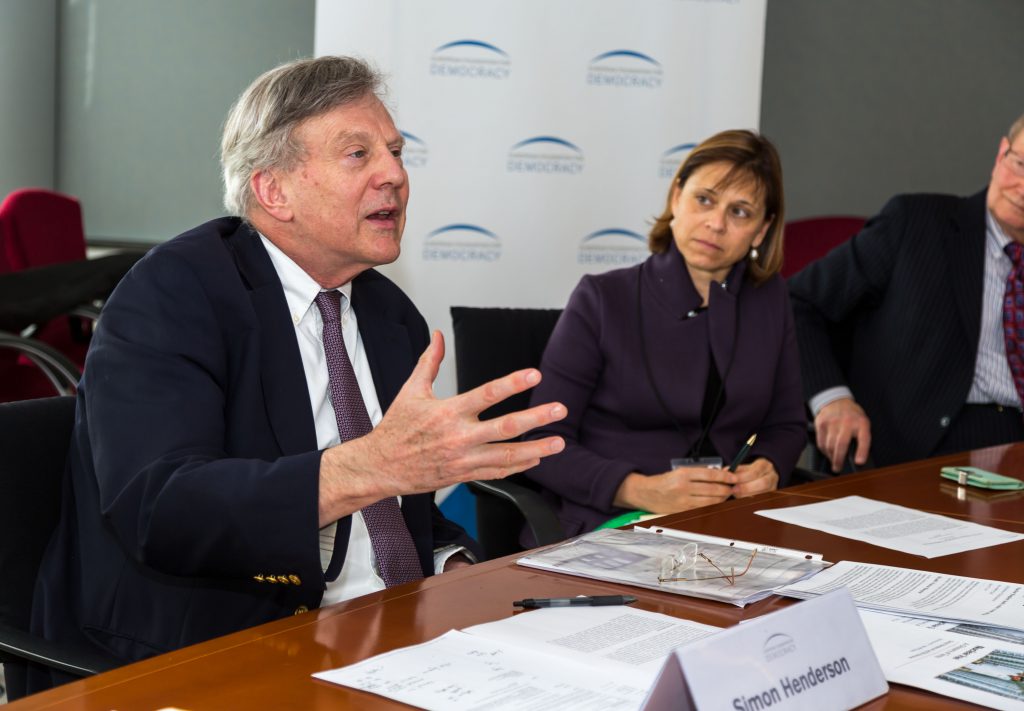 Iran: How companies in Europe are evading sanctions

A briefing co-hosted by MEPs Andrzej Grzyb, Vice-chair, Subcommittee on Human Rights (DROI), and Andrey Kovatchev, Vice-chair, Foreign Affairs Committee (AFET), in cooperation with No Peace without Justice (NPWJ). The briefing featured the US-based Iran experts Simon Henderson (The Washington Institute for Near East Policy) and Emanuele Ottolenghi (Foundation for Defense of Democracies). They described how companies are circumventing EU sanctions against Iran and offered recommendations for the EU to tighten the loopholes in the sanctions regime.

A political scientist at the Foundation for Defense of Democracies in Washington DC, Ottolenghi is an Iran sanctions expert and specialist on Iran's energy companies and the Islamic Revolutionary Guard Corps, the IRGC. Ottolenghi previously managed the AJC Transatlantic Institute in Brussels. He has lectured at the Oxford Centre for Hebrew and Jewish Studies and the Middle East Centre of St Anthony’s College, Oxford. He graduated from the University of Bologna and received his PhD from the Hebrew University of Jerusalem. He has written extensively about Middle East issues for the UK Guardian and Daily Mirror newspapers, the National Review Online, Newsday, the Middle East Quarterly, Corriere del Ticino, Il Foglio, Libero, Il Reformista, l’Unità and Die Welt. He is also the author of five books.

Simon Henderson is the Baker fellow and Director of the Gulf and Energy Policy Programme at The Washington Institute, specialising in energy matters and the conservative Arab states of the Persian Gulf. A former journalist with the Financial Times, his experience includes serving as a foreign correspondent in Pakistan in 1977-78, and he reported from Iran during the 1979 Islamic revolution and seizure of the U.S. embassy. Mr. Henderson writes and appears frequently in the media discussing the internal political dynamics of the House of Saud, energy developments, events in the Gulf, and Pakistan's nuclear programme, including the work of Pakistani nuclear scientist A. Q. Khan.  One of his most recent publications is “Nuclear Iran: A Glossary of Terms”, co-authored with former IAEA official Olli Heinonen and co-published with the Harvard Kennedy School's Belfer Center for Science and International Affairs.