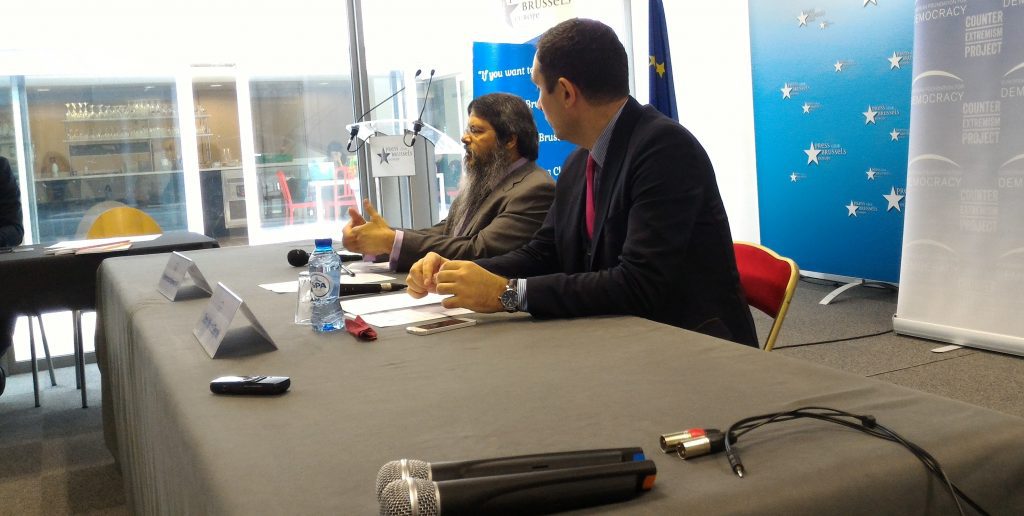 Jihadist radicalisation in schools, universities, prisons and mosques: What challenges for Europe?

The discussion mainly focused on the radicalisation process which occurs in schools, prisons and mosques. For years these institutions have been incubators for recruiting and harbouring individuals with extreme and violent ideologies. This process has occurred within the framework of a number of societal and political failures, such as insufficient oversight of the curricula that is taught in schools and universities, uncontrolled activities by extreme preachers in mosques and lack of sustainable and strategic approaches of convicted individuals, both during the incarceration as well as the probation period.

Throughout the discussion, possible solutions to these issues were examined, first and foremost from the level of the European Institutions. The recent statement issued by the European Commission regarding radicalisation was analysed, highlighting its innovative capacity and underlining the important steps the Institutions have been taking to tackle the spread of radicalization

Universities lack a proper counter- radicalisation training program and prisons  often see the rise of radicalized inmates as a reaction to unfair detention. Mosques often have imams that are not properly trained, which leads to an improper teaching of Islam. A counter-narrative strategy as well as better trained prison staff and imams are generally seen as viable answers to these problems