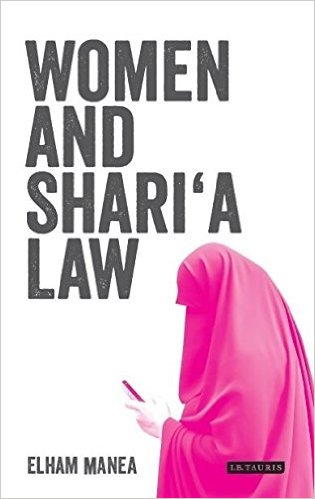 Shari’a courts in Europe – the case of the UK: A legal lifeline for communities or a convenient tool for creating parallel societies?

On 25 May, the European Foundation for Democracy and the Counter Extremism Project hosted a closed-door policy briefing for EU diplomats and officials entitled: “Shari’a courts in Europe - the case of the UK: A legal lifeline for communities or a convenient tool for creating parallel societies?”. The guest speaker was Elham Manea, Associate Professor of Middle East Studies at Zurich University and member of the CEP Advisory Board.

EFD Senior Counsellor and moderator of the event, John Duhig, opened the discussion by explaining the title of the conference: can Shari’a courts really be defined as a legal lifeline for certain communities, or are they, rather,  a tool whereby a patriarchal based system can create a parallel society? This is the case within certain communities, particularly in the UK, where there is a belief, especially among women from south Asian backgrounds, that Shari’a courts are the only available way to settle family and other disputes. The possibility - and desirability - for people to access the national judicial system as every citizen of the UK may, is not necessarily understood by all members of these more closed communities. The theme of the discussion therefore was to understand more about the status, prevalence and role of these courts within Europe with a focus on the UK, which has 85 such parallel legal systems in operation today.

Elham Manea initially addressed the issue concerning the implementation of special laws for specific minorities based on their belief system. She questioned the desirability of undertaking such a path, citing the latest findings of her research on the concept of legal pluralism.

Manea dug deeper into the issue and spoke about the singular case regarding the dilemma concerning the concept of legal pluralism and the application of Islamic law in the UK.  She argued that many Islamist groups are seeking more control over Muslim communities and are able to do so by taking advantage of the British legal system.

Manea explained that Islamic law was first promulgated in the 7th and 8th centuries and reflected the social and historic context of that period, when families were very conservative and had an anachronistic and paternalistic perception of women.

In light of a jurisdiction that oftentimes applies highly conservative interpretations of Islamic law, governments must acknowledge the political dimension of these councils and the power they hold over Muslim communities, rather than equipping them with authority on the ground of religious freedom, Manea argues. While some countries that have Islam as the  state religion, like Tunisia or Morocco, have since modernised their family laws, other countries, like Yemen, have not followed suit, she explained.

The UK is witnessing more often than not the implementation of a risky conservative interpretation of family law deriving from Islamic law, where women are the main victims of the system. However, women still turn to such courts frequently in the UK, due to language barriers and lack of education and the belief that they have no choice in the matter.

During the Q&A session, Manea argued that encouraging the installment of arbitration tribunals in order to protect minorities is contradictory, since these tribunals are already violating women’s rights.  The government must reach out to those who are most vulnerable in closed communities through education and legal advice. It is also quintessential, concluded Manea, that avoiding discussions about these issues for fear of offending certain communities will only contribute to a worsening of the situation.

Working as a consultant for a number of Swiss government agencies and international human rights organisations, Manea has recently been appointed by the Swiss Federal Council as Member of the Federal Commission for Women's Affairs. Having published her books in English and German as well as Arabic, her latest book "Women and Shari'a Law – The impact of legal pluralism in the UK" will be published by the end of this year.