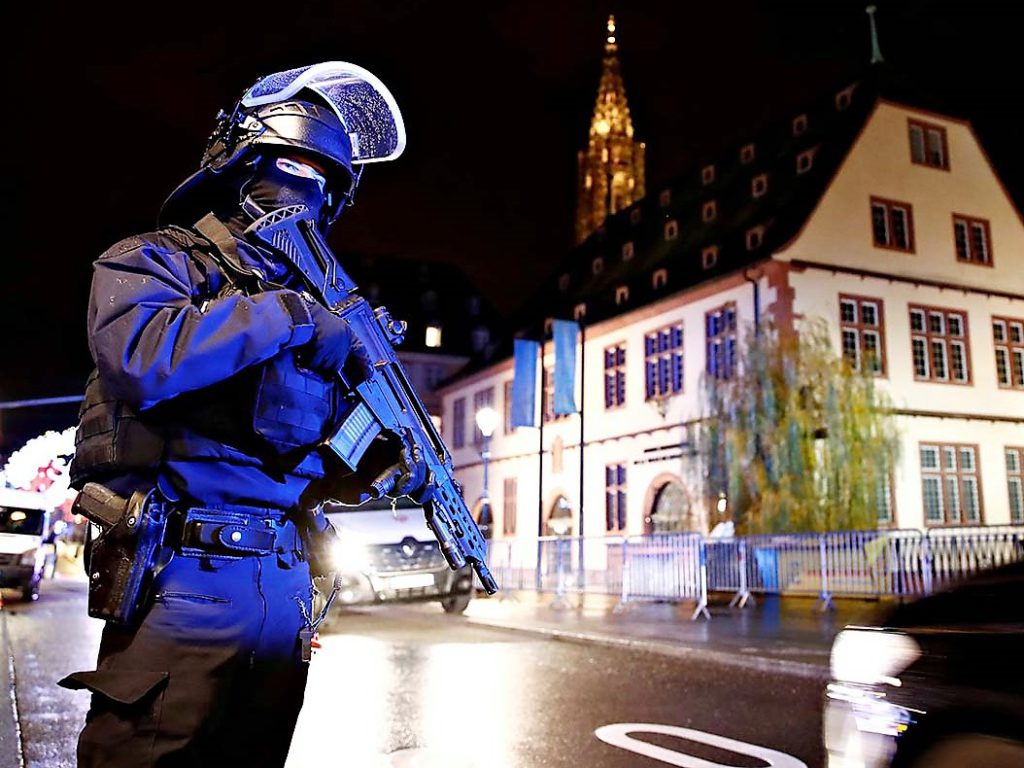 On the night of 11th December, the world watched transfixed, once again, as a French city went into lockdown, as a terrorist attack unfolded at the Christmas market in the city of Strasbourg, seat of the European Parliament. Grimly, restaurants, hotels and bars all over the city prepared for the worst. At the Parliament, MEPs and hundreds of staff were prevented from leaving, as a lone gunman who had killed three people and injured more than a dozen roamed free. The Strasbourg Christmas market had been targeted once before by Al Qaeda terrorists in 2000 and following the populist ‘gilets jaunes’ protests all over the country – banned in Strasbourg – the city was already on high alert.

While not formally identified, the gunman is being referred to by French media as Cherif Chekatt. Known to the French security services, he was included on a so-called ‘fiche S’ list as a potential threat (as was Amedy Coulibaly, who killed a number of people at a Paris Kosher supermarket in 2015) though not for terrorist offences, according to Laurent Nuñez, French deputy Interior Minister. The authorities earlier in the day had raided his apartment in the Neudorf district of Strasbourg, though he had escaped. This possibly precipitated the attack later in the day.

While not much is known about his motivation, Cherif Chekatt’s story has a chilling if familiar ring. Described by French authorities as a ‘repeat offender’, he had served jail terms for criminal offences in both France and Germany. He was subsequently radicalised in prison.

As significant numbers of former foreign terrorist fighters, jailed for involvement in overseas conflicts in Iraq and Syria, are gradually released in 2019, national security services – in France and Belgium, in particular – will be severely challenged to monitor the hundreds of radicalised individuals back in mainstream society. This is one of the key challenges for governments across Europe.

The irony will not be lost that on 12th December the European Parliament is expected to vote in plenary session on the report of the Special Committee on Terrorism, some 7 months in preparation. Crucially, that report recognises that extremist ideology plays a key role in radicalisation processes that lead to terrorism. It calls on EU member states to regulate the sources of financing for extremist and terrorist activities. It recommends that European governments examine how to ensure places of worship, education and religious teaching, charities, cultural associations and foundations provide details regarding the provenance of their funds and their distribution, both within and outside the EU.

All of this forms part of the compelling backdrop, occurring in real time, as the latest perpetrator of a terrorist act, Cherif Chekatt, remains at large in the very city in which the vote will take place.

The European Foundation for Democracy and our partners have called for a number of simple measures to be taken for many years. Today, we reiterate our call to the EU and member state governments to take action, recognising: