The geostrategic aspects of radicalisation

On 25 May 2016, the European Foundation for Democracy and the European Policy Centre, in collaboration with the Counter Extremism Project, hosted a policy dialogue to discuss the geostrategic aspects of the radicalisation phenomenon in Europe and the global dimension jihadist networks have increasingly been obtaining.

The jihadist terrorist network has progressively attained a truly global dimension. From the Middle East and Northern Africa, all the way to Central and South-Eastern Asia, a number of terrorist organisations have spread their recruitment and warfare campaigns against local communities and governmental authorities. While Muslim countries are arguably the first targets of such dangerous phenomena, both the past and more recent terrorist attacks in Europe remain a powerful reminder of the outreach capacities of jihadism on the Old Continent and in other parts of the Western world at large. As a consequence, the European Union has come to acknowledge the importance of the geopolitical dimension of its counter-terrorism policies and has made cooperation with third countries an important component of its external action. Yet, the worrying evolution of the jihadist challenge is likely to require an even more concerted international effort, putting the EU’s capacity as a foreign and security actor to the test.

What are the key hotspots in jihadist radicalisation in the EU’s neighbourhood? How does jihadist radicalisation interact with the cultural and religious specificities, the domestic politics and the regional political landscape of the countries affected by this phenomenon? How should the EU respond to the complex, locally-specific, but often globally-connected, landscape of jihadist radicalisation affecting third countries and regions? And what options should Brussels consider in order to strengthen its counter-terrorism cooperation with external partners? A range of experts addressed these questions in two panel discussions, moderated respectively by Amanda Paul, EPC Senior Policy Analyst and Andrea Frontini, EPC Policy Analyst. 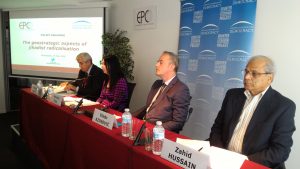 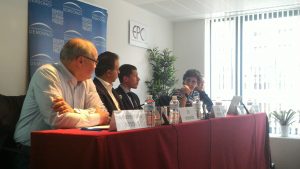