Larry Fink, CEO of the world’s largest asset management firm, Blackrock, thinks “The Russian invasion of Ukraine has put an end to the globalization we have experienced over the last three decades.” Then, doing business outside the West – or countries known as Western allies – was already becoming more difficult for companies. Certainly for China, this was already the case.

The day before Putin started his war, the European Commission came up with its long-awaited proposal for an EU directive that would require companies to ensure that their supply chains are free from human rights violations or environmental harm. The newly proposed requirements, which still need to go through the EU legislative machine, are subject to fines – to be determined and imposed by Member States – as well as civil liability for corporate executives, even if they will be exempt if they taking measures to verify suppliers are complying with the required safeguards.

An import ban of goods produced by forced labour is not yet envisaged, even if the European Parliament has requested it. The European Commission wants to propose this in the coming years, but it is now focusing first on these new obligations, which will mainly affect really large companies – with more than 500 employees and a global net turnover of EUR 150 million.

Companies with 250 to 500 employees and an annual turnover of more than €40 million operating in high-risk sectors will also need to comply with the EU’s new due diligence regulations, albeit in a simplified manner and only three years after EU countries transpose the Commission’s directive into their own national laws. The EU is expected to designate sectors such as textiles, food, mining, metals, construction materials and chemicals as high-risk sectors.

At a webinar hosted by the European Foundation for Democracy today to discuss the issue, Bulgarian Renew MEP Ilhan Kyuchyuk stated in this regard:

“It is crucial to ensure improved public access to EU customs data, [so European authorities] are better able to determine whether products are partly made by forced labour. The EU customs code must be amended to clarify that EU customs data is not confidential [for this purpose].”

The U.S. have gone quite a bit further than the EU. In December 2021, the U.S. Senate unanimously passed the “Uyghur Forced Labor Prevention Act”, which will ban all imports from Xinjiang unless the United States can determine “clear and convincing evidence” that they are not made with forced labour. President Biden signed the act shortly thereafter

It is obvious that unfair competition by shady companies that don’t mind using forced labour must be fought hard. It is however equally clear that effective legislation in this area is best drafted in close consultation with the business world. The last thing respected and well-meaning companies want is for one of their production facilities to be in the news because of a case of forced labour. It should therefore not surprise to see many of them asking for a regulatory framework themselves, while however demanding it needs to be well-designed.

It remains to be seen how stringent any new EU and national rules will ultimately turn out to be, but in any case they will mean a new complication for companies doing business with the People’s Republic of China, which all too often comes under the spotlight for large-scale forced labour, especially of Uighurs, which are suffering mass imprisonment in ‘re-education camps’.

Such regulations may well make it more difficult to do business in China, not least because a lot of industry is located in the Chinese province of Xinjiang, where many Uighurs live. For example, in 2020, not less than 75% of all solar panel imports into the EU came from China and about 45% of the world’s supply of polysilicon for solar applications comes from that one Chinese province, Xinjiang. The United States claim to have evidence of forced labour in the solar industry in Xinjiang. Apparently, the industry is now moving out of that province, albeit slowly and steadily.

Paul Wormser, vice-president of technology at Clean Energy Associates, says: “If you were to decide in February 2022 that you want to suddenly buy from crystalline solar companies that have nothing to do with Xinjiang you would have almost no choice”. Similar US rules, which have already come into force, are therefore apparently a major challenge for the U.S. solar industry, also because of the punitive tariffs imposed by the previous US President Donald Trump, now extended by his successor Joe Biden.

As a result of these new regulations, companies based in the West or Western allies not only need to fear damage to their reputation when slave labour is discovered in their production chains, but they also risk being held legally liable. Especially for smaller companies, the new restrictions and requirements on trading outside the West are thus becoming more and more tricky.

Some think that the Western sanctions against Russia will push the country closer to China, creating some kind of divide in the global economy. That is probably an exaggeration. China is far from enjoying the degree of trust required to offer the world’s reserve currency, and it is clear that Russia will not be able to overly rely on China when it comes to things such as high-quality medical equipment.

In sum, globalisation and trade with authoritarian countries like China or Russia – in itself a good thing, as long as there is no excessive or strategic dependence, given how mutual dependence helps to avoid conflict – should not be confused with tolerating all kinds of unfair trading practices. These range from minor infringements, like state aid, to serious human rights violations, like forced labour. The latter is simply unacceptable and it is good to see attempts to tackle this. 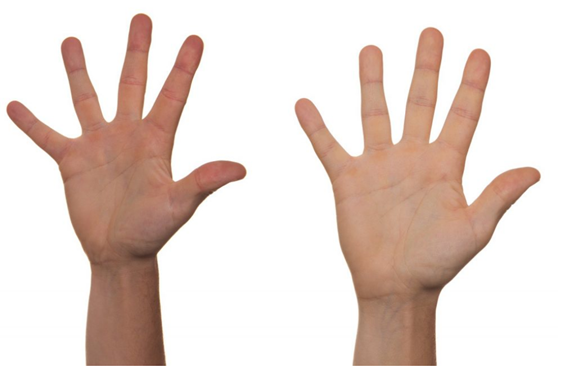