After the UK comes Italy’s moment as global convening power

Boris Johnson, who enjoys the UK’s presidency of the G7 group of leading economies and its chairmanship of the UN’s COP26 climate conference, is not the only one seizing an opportunity from global convening power this year. So does Italy.

Rome holds the year-long presidency of the G20, where the biggest high-income countries join the biggest emerging economic powers such as China, India and Brazil. It is also a co-chair, with the UK, of COP26, although that is a second-fiddle affair. The G20, however, which is convening in Venice next month, is where the ball now passes from the G7.

On most of the issues on the global agenda — international taxation, a global vaccine drive, economic recovery, and climate change — it is hard to get far without collaboration between high-income countries and developing nations.

“We’re starting to see for the first time in such a stark way a sequence that goes from the G7 to G20 to broader institutionalised multilateral diplomacy” such as the OECD for tax or the WTO for vaccine patents, says Nathalie Tocci, director of the Italian Institute of International Affairs.

Many of the world’s biggest challenges are only likely to be solved if leading rich countries agree among themselves first, before they reach an understanding with emerging powers and eventually an alignment with all relevant countries. That makes the G20 the pivotal link in this “cascading multilateralism”, says Tocci.

What will Italy make of this opportunity? Observers of Italian foreign policy are united that prime minister Mario Draghi’s stature makes a big difference. “Draghi has such a personal standing, internationally, that his voice will be more relevant than Italy’s one would normally be”, says Marta Dassù, a former Italian deputy foreign minister.

Under Draghi, Italy’s foreign policy stance “is back to a clear pro-European and pro-Atlantic line” says Dassù.

In terms of style and rhetoric, too, there is a break. “The classic Italian strategy is wait and see, a tendency to not take part in the conflict,” says Arturo Varvelli, head of the European Council on Foreign Relations’ Rome office. “In current times Draghi understands that if you are not part of the game you are totally excluded by the negotiation table.”

Italy under Draghi has established a clearer distance to countries such as Turkey (whose leader he called a “dictator”), Russia and China. Dassù points out that Italy now is making active use of “golden share” powers to stop Chinese takeovers in sensitive sectors.

That aligns Draghi with US president Joe Biden’s attempt to “relaunch the relationships between the US and Europe” where the US will continue to guarantee Europe’s security but Europe will support its efforts against China’s foreign policy and economic ambitions rather than opt for a more independent line, says Varvelli.

But while this means Draghi can “build upon a new Western consensus [it] will not be enough to reach out to the rest . . . Draghi is probably not the ideal build-bridger” between rich and poor countries, said Dassù.

Compared with other western countries, however, Italy may still be well placed to build a consensus, Tocci suggests. Italian diplomacy has not traditionally hinged “on the ability (the country) has to bring countries along,” she says, but on the fact that “we’re kind of liked by everyone”. Despite its colonial past in Africa, the country does not trigger the same wariness as France or the UK. Italy could be “the right country at the right time”.

Italy’s international role could also matter at home. Another alignment with Biden is Draghi’s willingness to spend big to support a sustainable economic recovery after the shock of the pandemic. “The choice to help the global recovery will be the common paradigm in the near future,” says Varvelli. In a country strongly tempted by nationalist populism, showing that national and collective interests match would put Draghi in a “strong position to restore Italian support for multilateralism.” 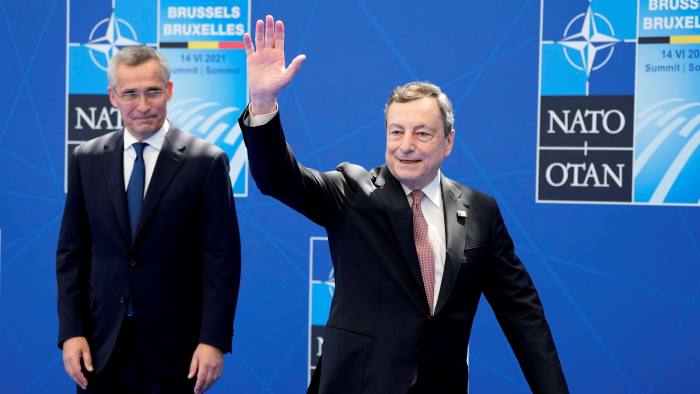