Whilst the western world seeks to build strong and sustainable economic relationships with China, are European governments knowingly and deliberately turning a blind eye to religious persecution and ethnic cleansing in much the same way as they did in the 1930s?

Whilst the western world seeks to build strong and sustainable economic relationships with China, are European governments knowingly and deliberately turning a blind eye to religious persecution and ethnic cleansing in much the same way as they did in the 1930s?

An online conference hosted by Brussels-based European Foundation for Democracy this week addressed the highly disturbing parallels between events in China today and those of Hitler’s Germany.

China’s northwestern region of Xinjiang is home to more than 12 million Muslim Uyghurs, by far the largest population of this ancient Turkic ethnic group in the world. They are currently on the receiving end of what appears to be a pogrom aimed at undermining their religious beliefs with a possible view to eradication.

Uyghurs are being forced to surrender important religious items such as prayer mats and copies of the Quran, and are being prevented from observing their religious duties sometimes with Communist Party officials in their homes to enforce the ban. Even fasting during Ramadan has been banned.

Possibly the most chilling aspect of this repression thus far has been the creation of “political education” centres in Xinjiang.

Speaker Rushan Abbas, Founder & Executive Director of Campaign for Uyghurs quoted one Chinese official as saying “the Uyghur problem must be taken to the final solution.”

“Europe must respond,” she said. “The soul of humanity is being tested - do we have the strength to respond?”

The Chinese government is not planning to stop with just waging a war on a religion or conducting genocide on the Uyghurs: their view of the world is what they are doing to the Uyghurs today. Please save yourself, save your country, save the future of this world.

Her words were reinforced by Vanessa Frangville, Director of the Research Center for East Asian Studies, ULB, who described how the Chinese state persecutes Uyghurs abroad, citing cases in Belgium. Students, she said, are particularly vulnerable.

The conference heard how in response to an article written by Ms Frangville and published in Belgian newspaper Le Soir on October 3rd, the editor was promptly accused of “spreading lies”. In China itself journalists are routinely subject to censorship and persecution, Beijing appears not to modify its behaviour out of respect for the values of its European hosts.

Ms. Abbas drew further parallels between Communist China and Hitler’s Germany by comparing the 2022 Winter Olympics, to be hosted in Beijing, with the 1936 Munich Olympics. She called for governments not to send athletes to the games, echoing growing calls around the world for a boycott.

Bulgarian MEP and Vice-President of the ALDE party, Ilhan Kyuchyuk, also spoke in support of sanctions of regimes that violate human rights: “The situation is deteriorating rapidly,” he said. “It is obvious now more than ever that the EU must act.”

President of the Youth Movement for Rights and Freedoms since 2005, the MEP emphasised the need for a EU strategy based on a holistic approach and a strong commitment to values. He referred to the "problem" of the EU's "unanimity approach" warning that it could be easy for a power such as China to buy off individual member states.

He also spoke of “double standards” whereby the EU seeks to address human rights issues internally, but fails to do so when dealing with external threats to Europe’s values such as is the case with China. 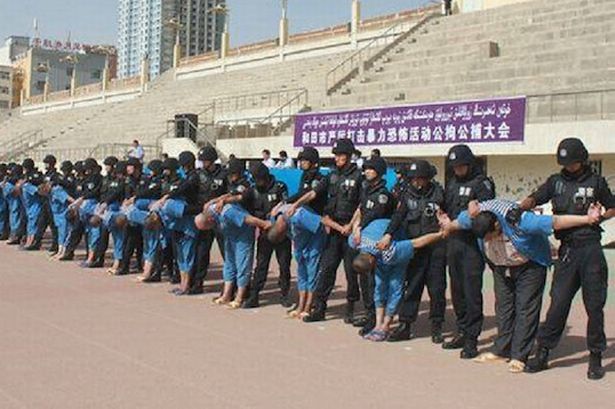