Can Biden convince Saudis to see the Western position on Russia?

President Biden is traveling to Saudi Arabia in July in an effort to secure lower oil prices and improve the strategically vital relationship with the longstanding American ally. Time is of the essence.

Since Russia invaded Ukraine oil prices continue to soar, inflation rises and a global recession is looming. The majority of Americans now disapprove of Biden. The West needs alternatives to Russian crude, and few are positioned as well as Saudi Arabia to provide it.

But a reset with Riyadh will be easier said than done. Many Saudis view Russia’s war in Ukraine differently from the West, a perception that goes deeper than hedging based on uncertainty of U.S. policies. From Riyadh’s perspective, Russia’s war in Ukraine is not black and white. To be sure, Saudi Arabia voted in favor of the UN General Assembly resolution demanding the end of Russia’s war in Ukraine. Saudis agree that the Kremlin should not have resorted to military force; but the West, in this view, may have provoked Russia through NATO enlargement.

Historians will spend years sorting out who was right and who was wrong, but Saudi Arabia has to live in the present murky geopolitical moment, which is unlike 1991, when the United States had emerged as the clear victor at the end of the Cold War. Of course, RT Arabic, Russia’s main propaganda outlet abroad, has prominent airtime in the region, which only helps amplify the Kremlin narrative.

One would rightly point to inadmissibility of acquisition of territory through war under international law, a fundamental principle of respect of sovereignty of all states enshrined in the liberal post-World War II international system — a system Russian President Vladimir Putin seeks to erode. But in the case of Ukraine, Saudis instead perceive the West as hypocritical in sanctioning Russian oligarchs after the war. In their view, if these individuals deserved to be sanctioned it should have been before the Feb. 24 invasion and a decision to do so highlights perceived arbitrary use of power rather than a rightful response to unacceptable aggression.

In private, Saudis worry who else the U.S. might sanction next, rather than focus on how Kremlin-supported corruption has undermined the liberal rules-based global order. The Saudi view on Ukraine is inconsistent then, as when it comes to Iran and the Israeli-Palestinian issue, they may primarily focus on perceived acquisition of territory by force. In addition, the Saudis perceive U.S. action as slower to respond to violations of Saudi sovereignty in attacks from Yemeni territory than it was to respond to Ukraine.

The Saudi Arabia of today is also increasingly self-confident in its foreign policy and wants more than a transactional relationship with the United States. Riyadh will not change its policy simply because Biden asks. Saudis also do not know how (or when) the war Ukraine will end, and see Russia (and China) as a permanent feature of global politics. More to the point, both have benefitted from OPEC+ and from a practical standpoint there is simply no incentive for Riyadh to abandon it. Riyadh may contribute to helping isolate Putin on a tactical level, but it will not end the partnership with him.

Biden is going to Riyadh to attempt to “recalibrate” the initial “recalibration” of U.S.-Saudi ties he called for in the early days of his administration. But this shifting geopolitical environment and the Saudi attitude toward Russia will complicate those efforts. Thus, it may seem that Ukraine is a mere sideshow in the bigger U.S.-Saudi relationship, but it provides important backdrop for a reality that Biden has yet to acknowledge. We are lightyears away from the “special relationship” between Riyadh and Washington of the 1980s, when Ronald Reagan worked with King Fahd to bring down oil prices to help drive the Soviet Union towards economic collapse.

Russia’s revanchism is here to stay, China remains a long-term adversary, and the pursuit of a reset with Riyadh is the right goal. But the Biden administration may not realize what it would take to reach it, especially as Biden downplayed the upcoming meeting Saudi Crown Prince Mohammed bin Salman. Biden should credibly demonstrate that the U.S. values a friendship with a longstanding geostrategic ally and will do more to address its valid security concerns despite U.S. military’s shifting attention to Asia. Moreover, only by improving the relationship can the U.S. help the Saudis better see the Western position on Russia. Otherwise, as things stand now, it is hard to see how Biden’s trip will end in a strategic success. 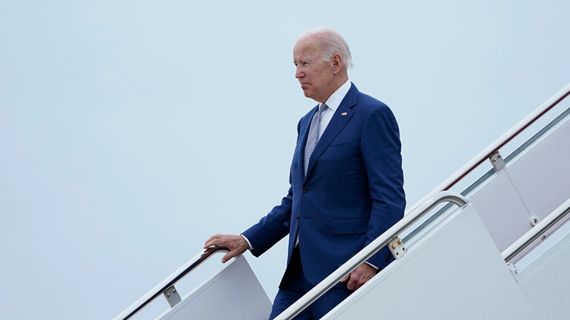