China’s influence on the EU in the era of masks, spies and disinformation

Recent investigations in Belgium about claims that China had used Malta’s Brussels embassy to spy on the EU has once again raised concerns about the malign and covert tactics of certain foreign actors to increase their influence in the EU.

Recent investigations in Belgium about claims that China had used Malta’s Brussels embassy to spy on the EU has once again raised concerns about the malign and covert tactics of certain foreign actors to increase their influence in the EU.

While Malta has been criticised for providing golden visas to wealthy Chinese, a practice that allows them to purchase the right to live in the EU in return for investments in government bonds and property, similar residence schemes are known to exist in other EU countries, such as Cyprus and Bulgaria.

These are not the only EU countries under the Chinese spell, as six other EU members, including Hungary, Italy, Poland, Bulgaria, Greece and Portugal, have all signed on to China’s one trillion-dollar Belt and Road Initiative (BRI).

Moreover, a total of 12 EU countries cooperate with China under the controversial 17+1 mechanism, an initiative by the Chinese foreign ministry to promote business and investment relations between Beijing and the 17 nations of Central and Eastern Europe. At the same time, Germany and France are two of the main beneficiaries of Chinese investment into the EU, and China is the bloc’s second-biggest trading partner.

Economic considerations in the aftermath of the COVID-19 crisis will likely lead to further debates over China’s strategic investments in the EU under the BRI as China’s industrial capacity and the soft power card that the Chinese Communist Party played during the crisis may prompt the governments of some of the smaller EU nations to consider closer partnerships with Beijing.

Many other European Union countries, like Germany and France, are now taking steps to protect their industries against cheap takeovers, increasing controls over foreign investments in strategic sectors, including public health, biotechnology, and telecoms.

The pandemic is, however, likely to shift the economic focus on EU-China relations towards a more geopolitical one, as China is assuming a more assertive role on the world stage with mask distribution and medical support worldwide. It is also taking a tough diplomatic stance against the West and is employing Kremlin-type disinformation campaigns.

Now that the US regards China’s negligence and censorship, as well as its leverage on the World Health Organization, as the main cause of the pandemic, the Chinese Communist Party has decided to take on a far more confrontational role than in recent memory.

In its efforts to fend off accusations regarding the origin and spread of the coronavirus after the initial outbreak in Wuhan, the Chinese government seems to have grown bolder in engaging in information manipulation activities by emulating Russia’s disinformation campaigns.

In doing so, Beijing undoubtedly is aiming to score some major geopolitical gains against other global actors by positioning itself as a leader in the global response to the COVID-19 pandemic and exporting its political and economic model as an alternative to the West.

The recent censorship of a critical op-ed in the English-language newspaper China Daily and allegations that the Chinese government actively attempted to block a report about disinformation by the European External Action Service raises concern about Beijing’s increased meddling in Europe’s internal affairs, particularly when it comes to imposing the Communist Party’s own narrative about the coronavirus pandemic.

Recently Brussels’ foreign policy head, Josep Borell, warned against China’s divide-and-rule policy, saying it is aimed at exploiting ‘differences of opinion among the bloc’s 27 Member States for its own ends’.

A webinar in late May, organised by the European Foundation for Democracy, said that social media was the most important tool to amplify pro-China narratives in Italy, Hungary, Poland, and other EU countries. Noting the alarming scale of COVID-19 disinformation campaigns, and the lack of counter-narratives in authoritarian states, such as Russia and China, the conference underlined that foreign propaganda aimed at the West’s response to the pandemic could be traced to Chinese and Russian state-controlled media outlets like Sputnik, Russia Today, China Daily, and Xinhua or official social media channels of various ministries.

The speakers at the webinar also reiterated that China uses fake accounts and automated bot networks to increase the effect of key government messages, some of which are further magnified by coordinating with their Russian counterparts.

These disinformation campaigns are depicting China as a saviour during the EU’s health crisis, while accusing the US of creating the novel coronavirus in a military research lab, and attacking Western countries and institutions of being unfit to fight with the virus. Beijing’s attempts might actually be achieving their goals as recent pollsters are seeing a dramatic rise of Euroscepticism in Italy and an increasing pro-China sentiment in Germany. The Chinese divide-and-rule strategy may end up splitting the EU, especially when it comes to Europe’s policy on international law and human rights, while also playing into the hand of regimes with authoritarian tendencies within the European Union.

Europe’s policymakers are assessing the current voluntary code of conduct against online disinformation and discussing whether further regulation would be needed to curb its spread. In doing so, they need to be careful not to resort to mechanisms and information controls that China used to control and censor information about the COVID-19 pandemic.

In the face of a disinformation war that clearly attacks its governance model and values, the EU will have to adopt a principled approach in its future dealings with China in order not compromise its image as a global defender of human rights, democracy, and fundamental freedoms.

The European Union must clearly distinguish itself from China’s one-party rule and its control over citizens through mass surveillance systems, bans on freedom of expression, and human rights abuses that go as far as creating concentration camps for minority populations in Xinjiang, and violent crackdowns on pro-democracy protesters in Hong Kong. 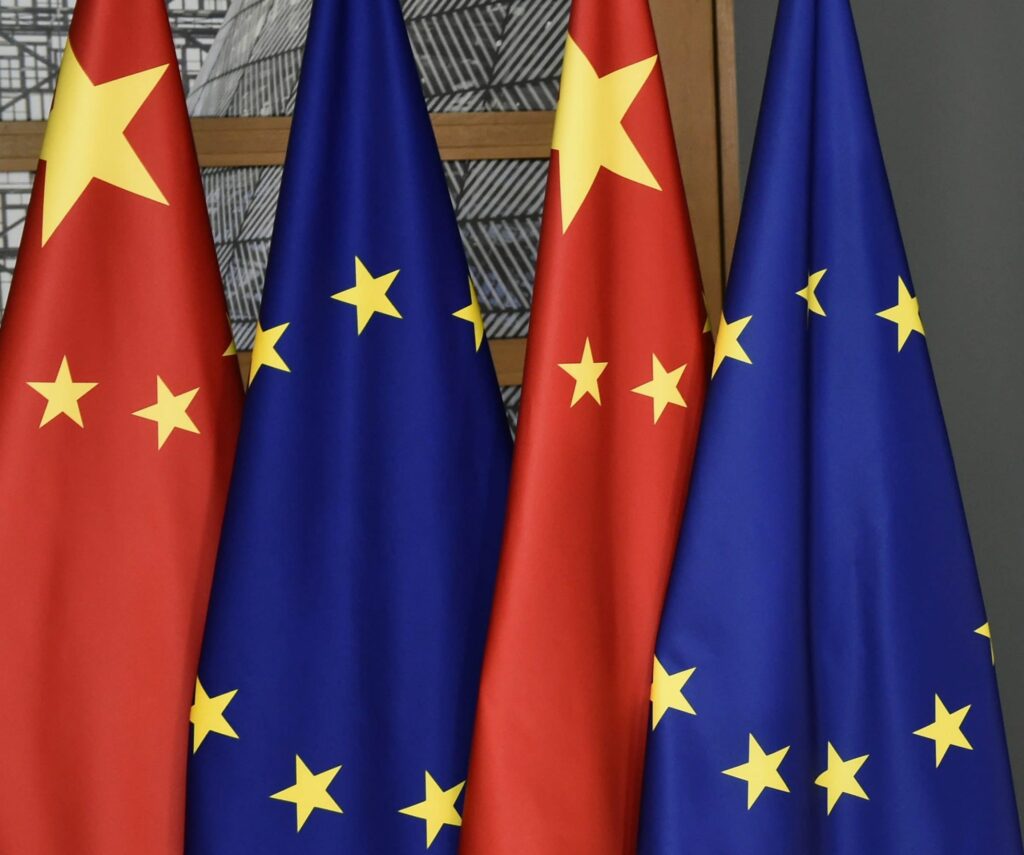