Companies have a Vital Role to Play in Combating Forced Labour

More and more attention is being dedicated to the importance of the protection of human rights in the context of trade and production. Companies are increasingly faced with regulations imposing “due diligence” requirements on them.
Often, this involves requirements to provide a certain degree of transparency in a company’s supply chain.

A new report by Pieter Cleppe for the European Foundation for Democracy sheds light on the estimated 40 million victims of forced labour worldwide.

The suffering of Uyghur Muslims in China and testimonies demonstrating that they are victims of forced labour have triggered policy reactions in the West, resulting in regulations on companies that are trading with Chinese firms to make sure that there is no forced labour benefitting their supply chains.

France was the first country to issue such regulations, followed by the Netherlands, Germany, and the United States. A legislative proposal has also been submitted in Belgium, while the European Commission is considering its own regulations.

The problem of modern slavery isn’t new and organizations like the International Labour Organization have highlighted the problem for years. The global migration crisis has notably contributed to the increase in the severity of this problem in Europe. The ILO defines victims of forced labour as people that are “trapped in jobs which they were coerced or deceived into and which they cannot leave.”

The Brussels-based European Foundation for Democracy says that in Belgium, MPs have proposed legislation that would “impose a duty of care on companies and to make them accountable with regards to respect for human, labour and environmental rights, throughout their [supply chains].”

In February of last year, 60 Belgian companies issued a letter in support of such legislation, lamenting that “only 37 percent of companies practice integrated care, according to a European Commission poll.”

The Federation of Belgian Enterprises, the largest Belgian business association, has called for a “nuanced, pragmatic approach,” putting forward a number of principles that need to be followed, including proportionality, avoiding legal uncertainty and fragmentation, opting for a sectoral approach, merely imposing an obligation to make an effort, and avoiding making companies liable for things beyond their control. So, what are the consequences of these legislative proposals for Belgian companies?

According to the European Commission, the cost of “due diligence requirements to identify, prevent, mitigate and account for abuses of human rights, including the rights of the child and fundamental freedoms, serious bodily injury or health risks, environmental damage, including with respect to climate” would amount to a mere 0.14 percent of turnover for small and medium-sized enterprises and 0.009 percent for multinationals.

The European Foundation for Democracy says that complying with due diligence requirements in foreign jurisdictions “comes with a cost” for Belgian companies, while non-compliance carries legal consequences. On top of that, apart from the challenge of compliance, there are all kinds of other risks involved, including reputational damage and even criminal liability.

Aside from Belgium, other countries including the U.S. have introduced tough legislation on countering forced labour in supply chains.

In July of 2021, the U.S. government released the “Xinjiang Supply Chain Business Advisory,” which includes guidelines on dealing with Chinese companies accused of human rights abuses in China’s Xinjiang Province.

On top of this, in December of 2021, the U.S. Senate unanimously passed the “Uyghur Forced Labor Prevention Act,” which will ban all imports from Xinjiang unless the United States can determine “clear and convincing evidence” that they are not made with forced labour. President Biden signed the act shortly thereafter.

In 2017, France adopted legislation known as “Duty of Care” the first EU country to do so.

In 2019, the Netherlands passed a law on the duty of care for child labour. This legislation obligates companies that sell goods or provides services to Dutch consumers to exercise due care and to prevent those goods and/or services from being produced with the help of child labour.

In the United Kingdom, however, no similar legislation currently exists despite overwhelming support. However, the UK does have the Modern Slavery Act 2015, which grants tools to fight modern slavery.

The EU has stated that it “is gravely concerned about the arbitrary detentions, unfair trials and unjust sentencing of human rights defenders, lawyers, and intellectuals.” The EU goes on to mention a number of people have been “unjustly convicted, arbitrarily detained, or forcibly disappeared.”

The enforcement mechanisms would include both the use of sanctions and the establishment of a civil liability regime to deal with cases of non-compliance.

But there are potential consequences for companies that do act on their own in the face of overwhelming evidence of abuses by Chinese officials. For example, Nike’s refusal to use Xinjiang-made cotton was followed by Chinese consumer boycotts.

This fate also befell other Western brands, like H&M, Burberry, and Adidas, following their decisions to no longer source cotton from Xinjiang due to difficulties conducting credible due diligence in the region.

The European Foundation for Democracy study concludes by saying in a relatively short period of time – less than five years – doing business with China has been complicated by all kinds of policy action intended to prevent and counter forced labour.

“On top of this,” the report says, “the increased awareness about the Uyghur issue has created reputational risks for companies, not only in the West but also in [China], where consumer boycotts against firms seen to be accusing [China] of forced labour have troubled multinationals.”

The report states, “It is therefore of the utmost importance for companies trading with [China] to pre-empt more legislation or to avoid falling into trouble from U.S. regulation, by ensuring that there is no forced labour in their supply chains.” 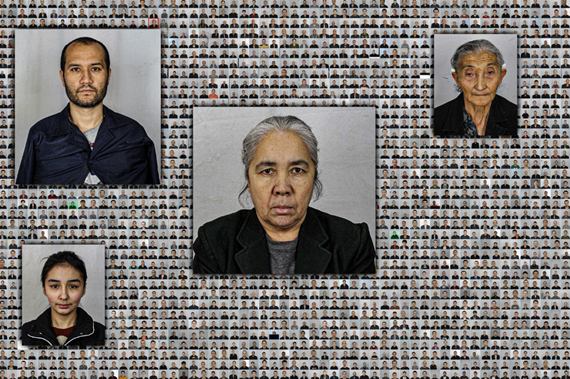