Italy is no stranger to political dramas but when a fresh one erupts during a pandemic and the already battered economy takes another knock, questions arise as to if the country can weather another crisis.

Italy is no stranger to political dramas but when a fresh one erupts during a pandemic and the already battered economy takes another knock, questions arise as to if the country can weather another crisis.

Italy’s government has been thrown into a new turmoil as Prime Minister Giuseppe Conte will hand in his resignation to the head of state on 26 January. It follows former premier Matteo Renzi's withdrawal of his Italia Viva party from the ruling coalition, which forced a confidence vote on January 19. While the government survived it lost its majority and ability to make the necessary reforms.

Italy is under pressure on how to spend some $260 billion in EU recovery funds to reboot economies as coronavirus infections and deaths mount.

But Italy is not the only country to be plunged into a political crisis this year. The Dutch government, headed by prime minister Mark Rutte resigned en masse following a child welfare scandal in January as riots engulf the country over a new curfew.

Meanwhile, a host of local mayors in Spain are under fire after admitting they were vaccinated before priority groups, with calls on social media for them to step down.

But with 66 governments since World War Two, Italy is more accustomed to dealing with political crises and infighting.

“Italian politics is like Game of Thrones and I think that this is a real power struggle between Renze and Conte,” said Arturo Varvelli, Head of the Rome office and senior policy fellow at the European Council on Foreign Relations think tank.

Renze had his reasons for not supporting the government over its handling of the pandemic and plans for the EU recovery funds, he has been accused of playing politics as his party is only polling at three percent.

“The accusation that was most leveled at Renzi was of behaving irresponsibly, undermining the government's stability and a chance to deliver on key matters at such a delicate time,” said Varvelli.

Following Renze's move, Conte lost his majority in the upper house Senate. The prime minister with no direct political affiliations then tried to cushion support from independent senators. But his efforts were largely unsuccessful.

Conte, who has been in office since 2018, is betting on President Sergio Mattarella granting him a mandate to form a new government backed by the same or different parties.

But after he resigns, there is not guaranteed a new coalition can be formed and there is the risk of a snap election, two years ahead of schedule.

An early election appears unlikely though and the ruling parties will be keen to avoid it as polls indicate victory would be handed to the right-wing League party led by Matteo Salvini.

Another option would be for Mattarella to create a new and wide-ranging government of national unity, which could be led by a new prime minister, which Varvelli said has happened many times over the crises of the last 30 years.

The analyst said the former president of the European Central Bank, Mario Draghi, would be the perfect candidate as Italy's economy plunges.

Gross domestic product last year dipped to levels last seen in 1998 and the country’s debt reached €2.5 trillion, which is the highest debt level of any EU country.

But for all the political dilemmas across Europe, the biggest issues for governments will be social as countries struggle with how to distribute recovery funds.

For many southern European countries such as Italy, Spain and even France, allocating the money to implement policies in favor of the economy and workers will not be easy.

Italy will receive the largest share of an EU coronavirus recovery fund at around $266 billion.

Prime Minister Giuseppe Conte has previously called it "an opportunity for us to design a better Italy, to work on a serious, comprehensive investment plan that will make the country more modern, greener, and more socially inclusive".

But Conte has faced criticism, largely by Renzi, of not addressing historical structural issues that have plagued Italy for decades.

“I think for the government in charge, whether it's Conte or not, the biggest challenge will be implementing the recovery plan and the immediate effect will be felt on the young people and the unemployed,” said Varvelli. 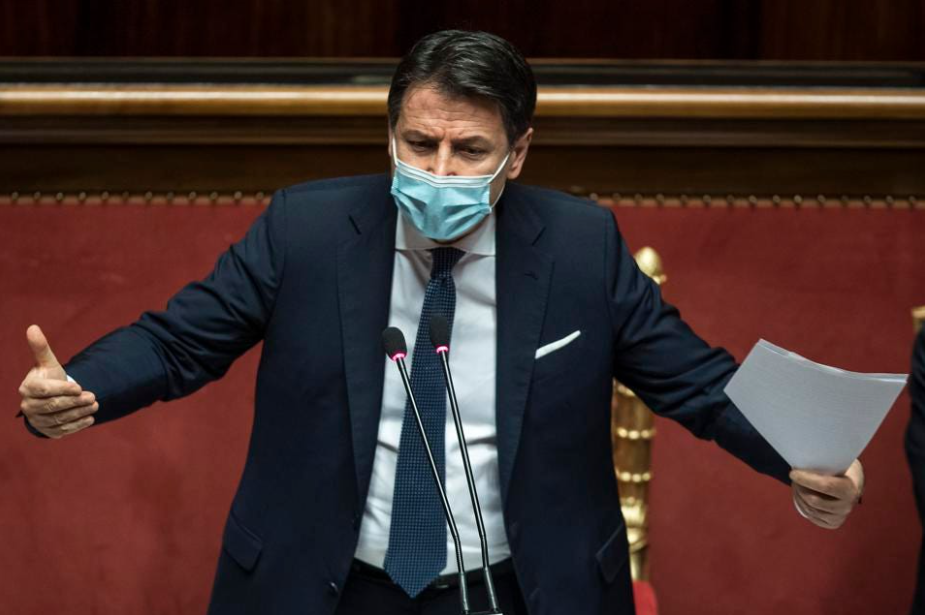