Don’t Expect Russia to Help Save the Iran Deal

Biden may want to salvage relations with Iran, but he should not assume cooperation from Moscow.

Biden may want to salvage relations with Iran, but he should not assume cooperation from Moscow.

he Joe Biden administration has made a return to the Iran deal one of its chief foreign policy priorities. Known as Joint Comprehensive plan of Action (JCPOA), the agreement, reached between Iran, and the United States, Russia, Britain, China, France, and Germany in July 2015, aimed to limit Iranian uranium enrichment. Donald Trump withdrew from the deal in May 2018 as part of his “maximum pressure” campaign.

With all eyes on Tehran, now it is important to pay attention to another country—Russia. Moscow had assisted Iran’s nuclear program for years. Russian state-run Atomstroyexport helped Iranians complete the Bushehr nuclear power plant and officially gave them control of the facility in September 2013, two years before the JCPOA was reached. In this context it should not surprise that Russian support of the JCPOA was crucial to the Obama administration. Russia’s role will be critical now as well. And while much remains uncertain—State Secretary Tony Blinken envisions a slow and complicated process, focused on ensuring that Iran will make good on returning into compliance—the Biden administration should prepare for Russia to complicate, rather than support its efforts.

Moscow long opposed the tough sanctions that brought Iran to the JCPOA negotiating table in the first place. Typically, Russian officials sought to dilute sanctions on Iran and minimized the threat of the Iranian nuclear program. In 2010, Moscow not only convinced the United Nations to water down then—proposed sanctions, but also extracted an unprecedented concession: the lifting of U.S. sanctions against the Russian military complex, and agreement not to ban the sale of Russian anti-aircraft batteries to Tehran.

Moscow’s ultimate cooperation on the JCPOA was no favor to Washington; rather it was driven by self-interest. The deal allowed Moscow to expand ties with Tehran, extract concessions from Washington, and bolster Russia’s position as a regional counterweight to the West. More broadly, the deal came at a time when the Russia-Iran relationship had arisen to unprecedented heights. This happened because Moscow and Tehran shared common geo-strategic goals of reducing Western influence in the Middle East, including a mutual convergence of interests in Syria. This alignment helped Moscow and Tehran to put aside tactical differences and grow their cooperation. The same month as the JCPOA was reached, Iran’s Major General Qassem Soleimani came to Moscow in what was likely the first step in planning the Russian military intervention in Syria. The convergence of Russian and Iranian interest remains the case to this day, while the Iran deal is now a top bilateral agenda item.

This month, Iranian parliamentary speaker Muhammad Baqer Qalibaf came to Moscow. During his visit, Qalibaf passed a message of Iran’s Supreme Leader Ayatollah Ali Khamenei’s thanks to Russia (and China) for their position on the JCPOA through Russian Duma (parliament) chairman Vyacheslav Volodin. “In this message, the supreme leader of Iran thanked the Russian Federation and the People’s Republic of China for the fair position they have taken,” Qalibaf said. Russian president Vladimir Putin for his part did not meet with Qalibaf, but Federation Security Council Secretary Nikolai Patrushev did. The two officials confirmed their countries are eager to expand ties after the meeting. According to the official statement released after the meeting, the JCPOA was among key areas to which Patrushev and Qalibaf special attention.

Now, as in the past, Moscow continues to play a double game with the West. It acts as both a ready partner and Iran’s lawyer. Russian foreign ministry spokesperson Maria Zakharova said that Russia is ready to work with the Biden administration adding that Iran’s current refusal to comply with the JCPOA does not contradict its obligations of the NPT treaty. “[A]ll activities carried out by Iran at these sites are carried out under the tight control of the IAEA and do not go beyond Tehran’s obligations under the NPT,” she said. The reality is more nuanced, however.

A June 2020 State Department compliance report found that “Iran’s intentional failure to declare nuclear material subject to IAEA safeguards would constitute a clear violation of Iran’s [comprehensive safeguards agreement] required by the NPT and would constitute a violation of Article III of the NPT itself.” That in September 2005 IAEA found Iran guilty of NPT noncompliance also adds to legitimate reasons in the West to distrust Tehran, but Moscow does not see it that way. Instead, it worries more about a pro-Western Iran than a nuclear one.

Russia looks at international law and institutions through a narrow prism that excludes broader notions such as a “rules-based order” and human rights—notions it perceives as Western rather than universal. Russian diplomat on arms-control and non-proliferation issues Victor Mizin wrote in October 2000 that while “certain people in Russia pay lip service to the politically correct notion that proliferation is dangerous,” Moscow rejects the Western term “rogue states.” (Recall, these used to be Soviet client states.) Indeed, Zakahrova recently described Iran as a victim of terrorism, rather than a perpetrator of it.

Russia’s permanent representative to the UN Vasily Nebenzya said this month that U.S. conditions for return to the JCPOA are “mutually exclusive.” Mikhail Ulyanov, Russia’s permanent representative to International Organizations in Vienna tweeted, “Both #US and #Iran are willing to restore full implementation of the #JCPOA but engage in fruitless and counterproductive dispute regarding who is to make the first step. It is obvious that the only way forward is to synchronize the relevant steps.” Moscow is likely to continue pushing the position of “synchronization” in the months ahead.

Meanwhile, The Wall Street Journal reported earlier this month that UN inspectors found new evidence of undeclared nuclear activities in Iran, which suggest Iran had a nuclear weapons program in the past despite denials. These findings would likely lead IAEA to ask for additional explanations. Unfazed, Ulyanov tweeted, “If some diplomats at this critical moment pay extra attention to the past, then all of us face significant problems.”

As the Biden administration looks forward to reviving the Iran deal, the past does nonetheless offer valuable lessons. Biden and his team made clear they want to be tough on Russia on a wide range of issues, from U.S. election interference and the SolarWind hack, to jailing of opposition leader Alexei Navalny, and the Nord Stream 2 pipeline. These are welcome steps. Still, if Washington is treating Moscow as hostile power in Europe, why give it a free pass with its allies? The United States should dispense with notions of resets with Russia and focus on building a unified strategy that strengthens the U.S. negotiating position. Kremlin obstructionism is not limited to Europe. Biden and his team made it clear they want to focus on great power competition. If they want to do so, there should be no more piecemeal strategies with Moscow. 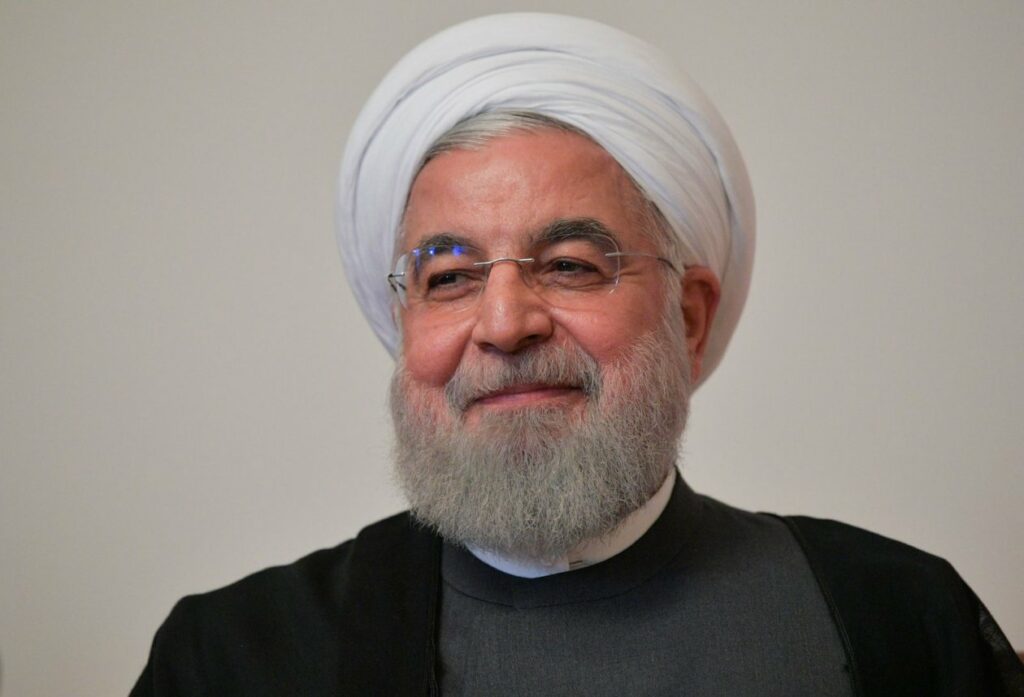