On Friday 15th March, in an attack driven by a white supremacist ideological agenda, a terrorist killed 50 people in the Masjid Al Noor and Linwood Masjid mosques in Christchurch, New Zealand. It was described by Prime Minister Jacinda Ardern as ‘ … New Zealand’s darkest day.’ The gunman echoed the approach of far-right extremist Anders Breivik (who killed 77 people in Norway in 2011), describing his anti-immigrant motives in a 73-page manifesto published on Twitter, before the attacks took place. He also live-streamed the attacks on his Facebook page.

We join with the international community in condemning the Christchurch attacks as racist, right-wing extremist terrorist acts, that strike at the heart of our Western liberal-democratic value system.

One of the primary drivers of radicalisation processes that can lead to violence and terrorism is ideology. As we have seen many times in recent years, violent and totalitarian ideologies – whether right-wing, left-wing, Islamist or other – play a key role in providing the moral justification to commit acts of violence.

Additionally, social media can play an enabling role, permitting violent extremist content, such as, in this case, Tarrant’s live-streaming of the attacks, to incite others to commit similar acts of violence. Any extremist propaganda or incitement to violence and hatred must have no place on social media, or anywhere online.

European and other governments must devote more resources to radicalisation prevention efforts – not least to address far-right violent extremism which, with increased transnational threats and uber-connected societies, may benefit from a fresh approach. They also need to empower greater numbers of vetted civil society groups to engage in this work so that we can lessen – indeed, eliminate – the pernicious role that ideology plays in radicalising individuals and destroying lives.

The European Foundation for Democracy and our partners reiterate our call to governments across the world, to recognise the importance of: 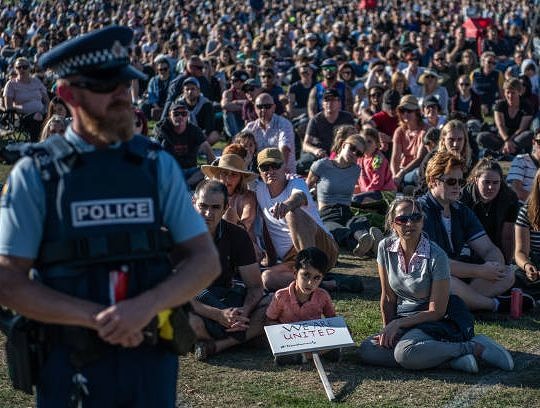