The international community has been urged to respond to the “genocide” being perpetrated by the Chinese regime against the country’s Uyghurs and take “concrete action”.

The international community has been urged to respond to the “genocide” being perpetrated by the Chinese regime against the country’s Uyghurs and take “concrete action”.

An event in Brussels was told that up to 3 million Uyghurs are held in Nazi-style “concentration camps” with “insidious” pressure also being applied on those who try to champion the rights of the Uyghur community in China.

Many companies still do business with China and pretend the reported horrors against Uyghurs “is not happening” and Beijing is “not held accountable” for its actions.

Branding the current situation as a “genocide”, Rushan Abbas, a Uyghur activist, even drew a comparison with the Holocaust in WW2, saying, “history is repeating itself”.

In a passionate plea, she said: “China must be held accountable for these unspeakable crimes. If we don’t it will affect all our futures.”

Abbas was speaking at a virtual debate on the issue on 13 October, organized by The European Foundation for Democracy, in cooperation with the U.S. Embassy to Belgium and the US Mission to the EU.

New evidence of China’s persecution of the Uyghurs, its 12 million strong “minority” in the Xinjiang Uyghur Autonomous Region, continues to emerge with reports of torture, forced labour, coercive family planning (including forced abortion and forced sterilization), sexual assault, and attempts to “Sinicise” the exercise of the Islamic faith.

China’s repressive policies and so-called “re-education centres” are described as being like ethnic cleansing and gross violations of human rights targeting its own Muslim population.

Rushan Abbas, founder and Executive Director of Campaign for Uyghurs, began with a quote from a Holocaust survivor, adding, “here we are in the modern age and the most brutal side of human nature is manifesting itself again. You would hope the world would learn from its mistakes but the international community is failing its own conscious.

“The world, after WW2, said ‘never again’ but again a regime is  waging a war on freedom of speech and religion. The Chinese call the Uyghur religion a  disease and say they don’t have human rights and what is happening is a dangerous ideology that will spread with even more people being brutalized.”

“There are 3 million Uyghurs in concentration camps, with crematoria attached. My own sister, a retired doctor who was abducted from her home, is among them.  Artists, intellectuals and successful businessmen are included.  More than two years later I still do not know if she is still alive. Where is my sister? Where are our loved ones?  Will no one call out the Chinese regime?”

She added: “The world continues to buy the Chinese narrative on this genocide. At first China denied the camps existed then, when they had to accept they did, they called them “schools,” and said the world should not interfere.

“But it is not China’s internal issue and the world must intervene.The West is complicit in massed rape, forced marriage and abortion, sterialisation, child abduction and organ harvesting and conducting genocide against Uyghurs. These crimes by a barbaric regime against humanity must be addressed. China’s blood money has won the compliance of the UN and the international community which has failed to stand up to China and its money.”

She suggested that ordinary people can take proactive action by speaking with their local mayors and politicians along with grassroots organizations. They should, she argued, also boycott Chinese products “made from slave labour”.

The coronavirus crisis has brought further suffering as they have been “denied treatment and locked in their homes without food”.

Vanessa Frangville, director of the Research Center for East Asian Studies, ULB, told the meeting: “We know that China resorts to all sorts of strategies to attack academics who speak out including being condemned to life sentences and this is happening to Uyghur academics.

"There are several who have vanished or sentenced to death and that includes Uyghurs living outside China in countries like Turkey.

“The regime also pressurizes scholars who work on the Uyghur situation which forces them to stop their work because they are worried. For example, my university published a public motion to support Uyghurs and the ULB president got an angry letter from the Chinese embassy who sent representatives to meet him and to demand that he remove the motion and my articles from the ULB website. They warned that further collaboration with our Chinese partners could be impacted if we refused.

“They also asked for information on Chinese students at ULB. This is typical of the intimidation by the Chinese. If you complain about such pressure they just mention ‘China bashing.’ Increasingly, this is typical of our situation as scholars who work on the Uyghur crisis. We have to be aware of these sort of insidious things and should not accept it.”

She admitted some universities still work closely with China because they fear that a collapse in collaboration, angry letters or even threats against colleagues in China.

She said: “You try not to let it affect your work but at some point you have to make a choice between speaking out or not. The same goes for the EU. If, for example, Spain or France speaks out and is not backed up by other member states it will be isolated. This is another Chinese tactic.”

On what action might be taken she cited the example of France where she said 56 national MPs had been “mobilised” to support Uyghurs, saying “this is important”.

“China is leading a misinformation campaign and it is important for people to distance themselves from this.”

Further comment came from Ilhan Kyuchyuk, an MEP and Vice President of the ALDE Party, who said, “We have seen enough of what is going on in the region and things are getting worse.”

The deputy, who has worked on the issue for some time and helped draft a parliamentary resolution last year on the Uyghur situation, added, “Europe is not united or consistent. We have to move this matter to the centre of EU debate. I know it is not easy to deal with China but we have to be more vocal and strengthen cooperation on this. Let us support the voice of voiceless people. Europe needs to act on this.”

He said the Uyghur issue was addressed at a recent EU/china summit but said: “Much needs to be done as the situation is deteriorating.”

“The dialogue has not resulted in any meaningful change by the Chinese. It is obvious the EU must act to protect the fundamental rights of the Uyghurs. We must speak out against this unacceptable repression against minorities for ethnic and religious reasons.”

In a Q and A session, he said: "The EU is much more aware of this issue compared with four or five years ago when they did not talk about the Uyghurs. There are no easy answers in how to deal with this though but the EU must get rid of the unanimity rule which requires member state agreement on acting against authoritarian regimes. The problem is at member state (council) level which must come up with a common approach when it comes to China.”

He added: “I am not saying we should sit and wait but to counter this problem you need a strategy and a holistic approach. It is easy for a great power like China to buy a member state. We will get nowhere if we deal with this persecution against the Uyghur minority and China’s counter narrative at member state level alone and that is why we need a European strategy.

He also suggested an EU version of the Magnitsky Act might be useful in its dealings with China.

This is a bipartisan bill passed by the U.S. Congress and signed into law by President Barack Obama in December 2012, intending to punish Russian officials responsible for the death of Russian tax lawyer Sergei Magnitsky in a Moscow jail. 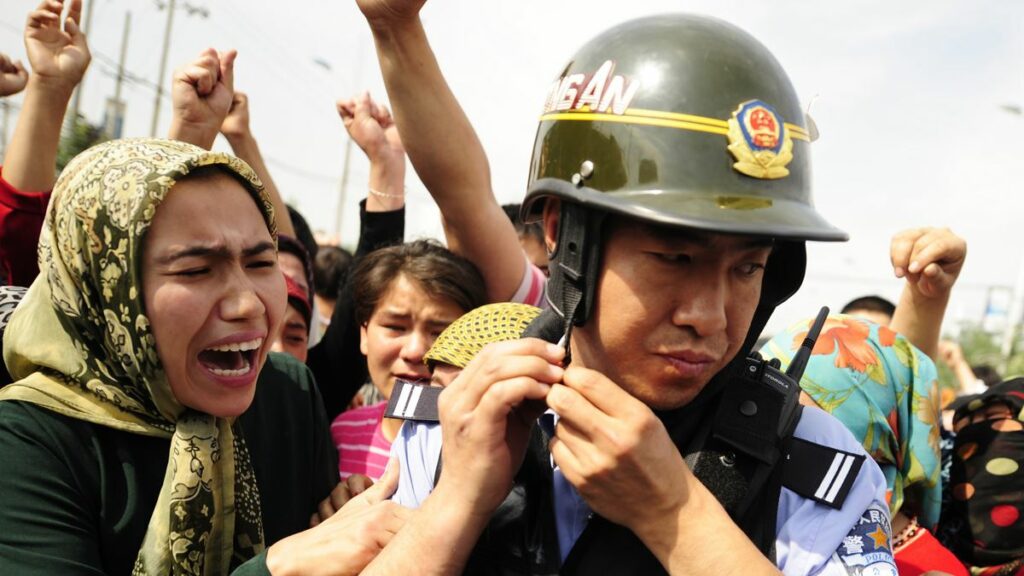