The Court of Justice of the European Union, the EU's highest court, has ruled that private sector employers within the 27-member bloc are legally entitled to prohibit their employees from wearing Islamic headscarves at the workplace.

The decision states that corporate bans on religious or political symbols are legitimate if employers wish to "present a neutral image towards customers" or to "prevent social disputes."

The judgment is consistent with previous determinations by the Luxembourg-based court, informally known as the European Court of Justice (ECJ), that bans on religious symbols at the workplace are not inherently discriminatory — provided they apply equally to all religions.

The significance of the ECJ's decision on the headscarf — arguably the most visible symbol of political Islam in Europe — cannot be overstated: by striking a balance between religious liberty and entrepreneurial freedom, the court has effectively blocked a back-door effort to enshrine Sharia law in European labor law.

Unsurprisingly, the ruling has been met with outrage by those — including the Turkish government — committed to establishing a special status for Islam in Europe. They have condemned it as "fascist," "racist," and "Islamophobic."

The ECJ's ruling, issued on July 15, is based on two legal cases from Germany. In the first, a Muslim employee of Hamburg-based WABE, which runs a large number of child daycare centers in Germany, was warned several times that she was not allowed to wear a hijab at the workplace. WABE, which has more than 600 employees who care for approximately 3,500 children, is non-partisan and non-denominational and prohibits staff from wearing any religious symbols, including Islamic headscarves, Christian crosses, and Jewish skullcaps. An internal regulation states:

After the woman, a Muslim convert, was suspended from her job, she sued to force WABE to remove from her personnel file the warnings about her wearing the Islamic headscarf. The Hamburg Labor Court (Arbeitsgericht Hamburg) asked the ECJ to interpret EU law.

In the second case, a Muslim woman in Bavaria sued MH Müller Handel, which operates a drugstore chain, after she was prohibited from wearing a headscarf while working as a sales assistant and cashier. An internal directive prohibits MH Müller employees from using conspicuous political, philosophical or religious symbols in its stores. The directive is aimed at maintaining neutrality to prevent conflicts between employees that have arisen in the past and were apparently based on different religions and cultures represented there.

The woman said that the company had violated her religious freedom and sued for damages; MH Müller countered that it was entitled to entrepreneurial freedom. After the woman won her case in a local court, MH Müller appealed to the Federal Labor Court (Bundesarbeitsgericht), which asked the ECJ for a preliminary ruling based on EU law.

In its decision, the ECJ, referencing the EU's so-called Employment Equality Directive, which aims to combat workplace discrimination, explained:

"1. Article 1 and Article 2(2)(a) of Council Directive 2000/78/EC of 27 November 2000 establishing a general framework for equal treatment in employment and occupation must be interpreted as meaning that an internal rule of an undertaking, prohibiting workers from wearing any visible sign of political, philosophical or religious beliefs in the workplace, does not constitute, with regard to workers who observe certain clothing rules based on religious precepts, direct discrimination on the grounds of religion or belief, for the purpose of that directive, provided that that rule is applied in a general and undifferentiated way.

"2. Article 2(2)(b) of Directive 2000/78 must be interpreted as meaning that a difference of treatment indirectly based on religion or belief, arising from an internal rule of an undertaking prohibiting workers from wearing any visible sign of political, philosophical or religious beliefs in the workplace, may be justified by the employer's desire to pursue a policy of political, philosophical and religious neutrality with regard to its customers or users, provided, first, that that policy meets a genuine need on the part of that employer, which it is for that employer to demonstrate, taking into consideration, inter alia, the legitimate wishes of those customers or users and the adverse consequences that that employer would suffer in the absence of that policy, given the nature of its activities and the context in which they are carried out; secondly, that that difference of treatment is appropriate for the purpose of ensuring that the employer's policy of neutrality is properly applied, which entails that that policy is pursued in a consistent and systematic manner; and, thirdly, that the prohibition in question is limited to what is strictly necessary having regard to the actual scale and severity of the adverse consequences that the employer is seeking to avoid by adopting that prohibition.

"4. Article 2(2)(b) of Directive 2000/78 must be interpreted as meaning that national provisions protecting the freedom of religion may be taken into account as more favorable provisions, within the meaning of Article 8(1) of that directive, in examining the appropriateness of a difference of treatment indirectly based on religion or belief.

The ECJ's ruling is consistent with a landmark decision announced in March 2017, when the court sided with a Belgian company that terminated a Muslim employee who refused to stop wearing a headscarf at the workplace. The company said the headscarf violated its position of neutrality. The ECJ ruling stated:

"Article 2(2)(a) of Council Directive 2000/78/EC of 27 November 2000 establishing a general framework for equal treatment in employment and occupation must be interpreted as meaning that the prohibition on wearing an Islamic headscarf, which arises from an internal rule of a private undertaking prohibiting the visible wearing of any political, philosophical or religious sign in the workplace, does not constitute direct discrimination based on religion or belief within the meaning of that directive."

Islamic head coverings have been a recurring issue in Germany, where the Muslim population has surpassed six million to become approximately 7.2% of the overall population of 83 million, according to calculations by Gatestone Institute.

Germany's headscarf debate — which is actively being fueled by groups promoting Islamism and Salafism — is directly linked to ongoing disputes about mass migration and the integration of immigrants into German society.

"It is unbelievable that fascism just spread to the courts. This wrong decision is an attempt to grant legitimacy to racism. Instead of denouncing its dark past, Europe now seeks to embrace it. We condemn this ruling, which infringes on human dignity."

In a subsequent statement, Turkey's Ministry of Foreign Affairs formally condemned the ECJ's ruling; it claimed it was an "open violation of the right of religion" and "constitutes a further example of the efforts to institutionalize and legalize hate and intolerance against Muslims in Europe."

Burhan Kesici, Chairman of the Islamic Council of Germany, said: "The ruling by the European Court of Justice regarding the headscarf ban clearly shows that Muslim issues are not taken seriously in Europe."

"Good decision! Now we only need German judges who have the courage to follow the #ECJ judgment - and NO, that would be neither #exclusion, #discrimination nor #racism, but common sense!"

Christine Anderson, a Member of the European Parliament for Germany's conservative party, Alternative for Germany, wrote that the ECJ's ruling would strengthen the rights of employers:

"The decision of the European Court of Justice is absolutely to be welcomed.... Minority morality must not prevail over our own civilizational achievements, such as the principle of private autonomy. Every employer should have the right to say no to the headscarf. It is important that, despite a climate of increasing politicization and moralization, certain principles of law are not abolished."

Ahmad Mansour, a Germany-based Israeli-Arab expert on Islam, expressed support for the ruling:

"The headscarf is not neutral. Religious freedom is important, yes. It is important to preserve it, yes. But this basic right also has its limits where a basic social order is violated, and a higher legal interest is affected." 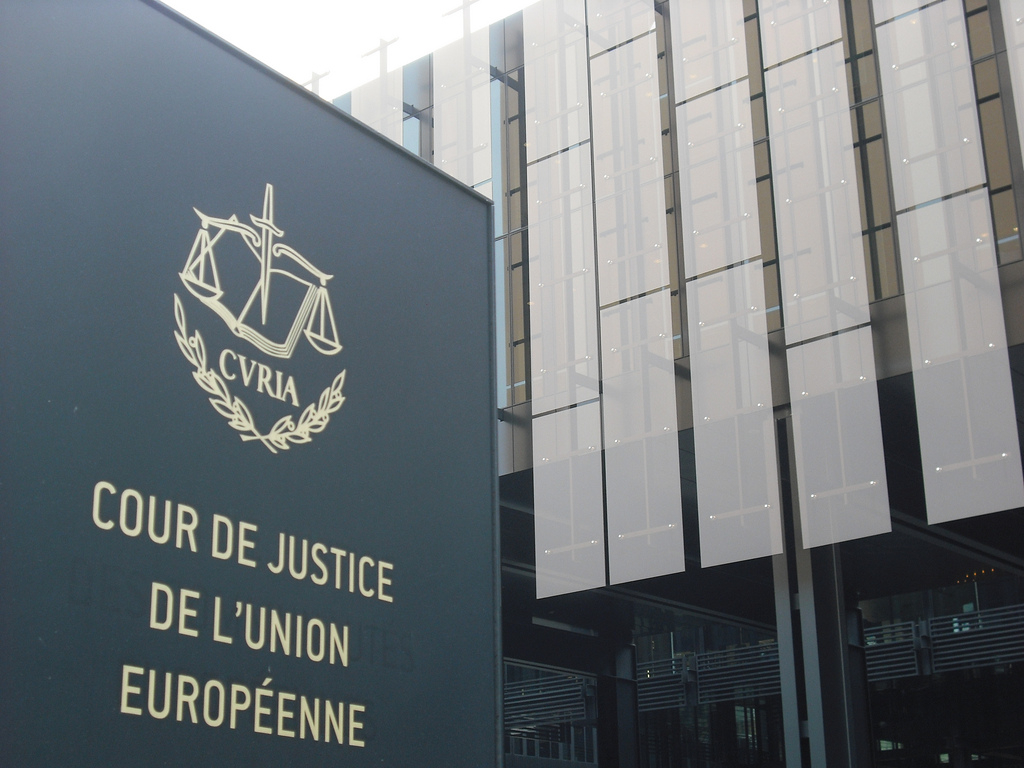