In all probability, Sharansky has insights into the crisis that most of the speakers may be lacking.

The Jerusalem Institute for Strategy and Security (JISS) is hosting a Zoom conference on the Ukraine crisis, causes and implications at 4 p.m. on Monday, February 7. Participants include JISS president Prof. Ephraim Inbar, Anna Borshchevskaya of the Washington Institute, Oleksiy Melnyk of the Razumkov Center Kyiv, Dr. Eran Lerman, Dr. Emmanuel Navon, Tuvia Gering, who are all connected to JISS, Dr. Hay Eytan Cohen Yanarocak and Lt. Col. Daniel Rakov, who will discuss the Russian Angle, the Ukrainian Perspective, the American Approach, the European Stance, China watches the Crisis, Turkey’s Involvement, Implications for Israel and Global Implications individually. What is somewhat surprising is that civil rights activist, former cabinet minister and former Prisoner of Zion Natan Sharansky, who was born and raised in Ukraine, spent time in Russia and is currently head of the Babyn Yar Memorial Center, is not listed as one of the speakers. In all probability, Sharansky has insights into the crisis that most of the speakers may be lacking. It seems that the various strategy and security oriented think tanks in Israel are in competition with each other. The Tel Aviv based Institute for National Security Studies held its 15th annual international conference last week. Security think tanks are a great outlet for retired diplomats, academics, and military officers, because there’s no mandatory retirement age from a think tank.

■ UNLESS HE communicates via Zoom or some other social media platform, former US Secretary of State John Kerry, who made numerous visits to Israel in that capacity, will be back in his present role of United States Special Presidential Envoy for Climate Change at the conference that is being hosted by the Hebrew University and Haaretz on Wednesday, February 23. It seems that the Hebrew University may have more sway on this occasion than news outlets, given that the conference is taking place at the International Convention Center (Binyanei Hauma), Jerusalem. The university is located in Jerusalem, but Haaretz is in Tel Aviv, where most national and international conferences take place, though credit must be given to OurCrowd founder Jonathan Medved, who consistently holds international mega conferences in the capital. As well, the venue is more convenient for President Isaac Herzog, who will be among the speakers. In October 2021, Herzog established the Israeli Climate Forum and announced it will underscore Israel’s commitment to stand at the forefront of the global debate on the climate crisis. This month’s conference will be somewhat smaller in scale and scope than the 2021 United Nations Climate Change Conference last November, and participants will be overwhelmingly Israeli, though it is heartening to see that one of the non-Israelis is from the Palestinian Authority.

■ AFTER ALL the hype about the Jonathan Pollard saga that was created by Omri Assenheim and premiered last Wednesday on KAN11, there was an element of disappointment. There were too many quick sound bites and when the visuals included classified reports and newspaper clippings, there was never enough time for the viewer to absorb what was printed. On the other hand, the amount of investigative reporting and tracing of people who had in one or another been connected with Jonathan Pollard from the time that he was a young boy to almost the present day, was totally mind boggling and deserving of every kudos. Yet, at the same time there seemed to be an agenda, which Assenheim, who conceived the series, and his colleagues Gilad Tokatly and Shany Haziza made no effort to hide. The first episode was so devoted to a single theme that it was obvious the aim was to convince viewers that Pollard was not a hero, but an unhinged individual who lived in a bizarre fantasy world in which he invented stories and told lies he believes. At the same time, based on interviews with people who went to school with him, knew him at university, are former members of Israel’s political and security establishment, as well as former agents of the FBI, CIA and AIPAC, it seems that everyone thought, even though he had a brilliant mind, he was completely off the wall, partially because he was heavily in to drugs. While still at university, he claimed to be working for the Mossad. Other than Pollard, the person featured most in the first episode of the four-part documentary series is former CIA chief of counterintelligence James Olson, who says that Pollard was obsessed with Israeli security and had a pathological attitude towards Arabs and Russians. He was determined to be an Israeli patriot. Syndicated columnist and former legislative director and chief lobbyist for AIPAC Douglas Bloomfield, who met Pollard when he came looking for a job at AIPAC, said “He was crazy. Anyone who would hire him is crazy and we’re not crazy.”

The big question is that if Pollard’s personality was so problematic to so many people, how did he get a security clearance to serve as a US naval intelligence analyst?

■ TELEVISION AND radio personality Asaf Liberman attended the premiere of To Cross the Wall at Beit Lessin Theater last week. During intermission, he went to the toilet and in the cubicle discovered a wallet. Certain that the owner would be anxious to recover it, Liberman was thinking about how to find him when there was a signal for theater patrons to return to their seats. Liberman was in somewhat of a quandary: If he left the wallet where he found it, some dishonest person might find it and take it, but Liberman had to get back to his seat. Consequently, he rushed to the box office to turn it in, hoping that the person to whom he gave the wallet would be honest enough to find the owner whose details were inside the wallet. After the show was over, Liberman headed back to see if anyone one was searching for something. Sure enough, someone with a worried look on his face was headed for the cubicle in which Liberman had made his discovery earlier in the evening. He knows what the man looks like and he knows to whom he gave the wallet. In telling the tale on the morning program that he co-hosts with Kalman Libskind, he said that he would make it his business to check on whether the owner of the wallet got it back.

■ THE BEST way to remain relevant these days is via social media. The Palestinians know this and through their Palestine Live, Palestine Responds, Days of Palestine and Hamas WhatsApp accounts are posting updated news and reactions literally every few seconds. Some of it can be very annoying, but at the same time much of it is interesting because it is well written, in English, and gives a perspective of Palestinian attitudes and how they think. These bulletins should be carefully studied if Israel and the Palestinians decide to renew the peace process, because they point to the issues which are most important to the Palestinians and what irks them most. On the local scene, Labor Party chair Merav Michaeli has been busy tweeting and her political advisor Jonathan Cummings, who is responsible for the English translations of her statements, and news about Labor and the Ministry of Transport & Road Safety, has been delivering at a very fast and frequent pace. Of particular interest is Michaeli’s stance against the legitimization of the Evyatar outpost, which could well lead to a breakup of the coalition government, as Meretz is equally opposed. Yesh Atid leader Foreign Minister and alternate Prime Minister Yair Lapid has warned of the possible repercussions from such a move. Wearing her Labor Party hat, Michaeli believes that it could also harm Israel-US ties and says that promoting Evyatar is playing politics at the expense of national security. As Minister for Transport and Road Safety, Michaeli has worked together with Finance Minister Avigdor Liberman to postpone a rise in fares for public transport, and in her ministerial and feminist capacity she has appointed a woman to chair the Board of Directors of NTA, which is responsible for some of the country’s major transport and infrastructure projects. The new chair is attorney Maya Liquornik, a prominent lawyer who led Liquornik, Geva, Leshem, Tal & Co., one of Israel’s largest law firms.

Like one of her Transport Ministry predecessors Israel Katz, Michaeli is determined to make the whole country easily accessible via public transport. Last week she toured the area around Gaza with Eshkol Regional Council head Gadi Yarkoni to learn about the transport challenges in the area to find solutions, particularly in relation to Road 232, which is known for its poor safety record. One of the goals Michaeli has set herself, providing that the government remains in office, is to reduce the number of road casualties. Last, but certainly not least, Michaeli tested positive for COVID-19 last week, but she feels fine and has been working from home. 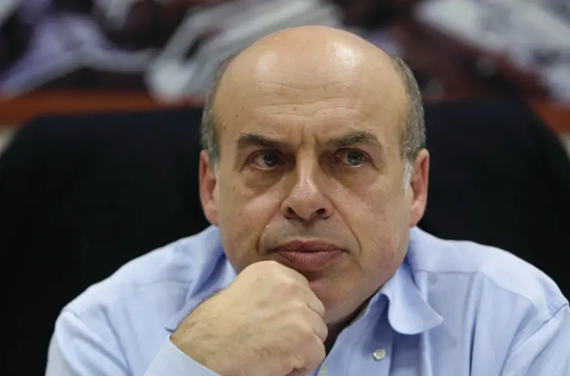