How can the EU achieve a “Brussels Effect” on forced labour

Would you buy a t-shirt made by a Uyghur prisoner? How do you support your favourite football team at the World Cup knowing that venues were built by victims of wage theft? Recent news from China and Qatar are grim reminders of the persistence of forced labour. But while public attention is rightfully focused on the worst perpetrators, labour abuses are a global phenomenon.

Surveys show that a growing majority of European consumers make sustainable purchasing choices. The EU has also joined an international movement in issuing regulations addressing forced labour. But the international front-runner in terms of tackling forced labour is the US, which is enforcing import bans against 35 Chinese entities. The EU now has the opportunity to align its policies with the US and to demonstrate its commitment to a global leadership role on labour issues.

A closer look abroad shows how these goals can be accomplished. The European Foundation for Democracy published a new policy paper with recommendations on forced labour, using Malaysia and its palm oil industry as a case study to show how a specific country is attempting to meet international standards and present itself as a reliable partner.

Palm oil, a labour-intensive crop largely grown and harvested by foreign migrants, is Malaysia’s leading agricultural export product. The government and industry representatives acknowledge conflicts with global norms, particularly in terms of sustainability, recruitment, and working conditions. More importantly, they are implementing improvements – unlike countries, such as China, that dismiss evidence of forced labour as 'the lie of the century' or deny environmental degradation and other human rights violations.

A revised Malaysian Sustainable Palm Oil (MSPO) Certification Scheme may have the greatest potential impact on the industry’s reputation, including its ability to curb forced labour practices and promote sustainability. Several leading producers in Malaysia also want to become 'employers of choice' and have introduced corporate policies that are more stringent than legal mandates.

Since there is no shortage of proposals to address forced labour, the question now becomes how the EU can most effectively contribute to this global regime. Countries such as Malaysia are looking for European leadership, but there are fears that some regulations devolve into anti-competitive behaviour and restrict trade. If the EU is interested in achieving a “Brussels effect” – shorthand for the ability to regulate markets beyond its borders – it can enhance its credibility by prioritizing domestic forced labour issues.

European efforts to ban forced labour and punish perpetrators can also be more transparent. Regulations should be as precise as possible about incriminating evidence, what sanctions will be enforced, and what a company needs to do to remedy violations and regain access to the EU market.

Adding carrots to regulatory sticks, the EU can support countries that are implementing reforms to become reliable partners. In the case of Malaysia, targeted funding and technical assistance could raise awareness of forced labour issues and overcome educational capacity barriers. Finally, a complementary policy of 'trust but verify' should monitor the latest developments and incentivise the country’s accession to additional human rights treaties.

These pathways can lead to better regulations that consider local contexts, rely on empirical evidence, provide clear guidance, and culminate in consistent enforcement. When backed by resources to communicate new norms in partner countries, the EU will be able to stake a credible claim as a global leader and let actions speak louder than words. 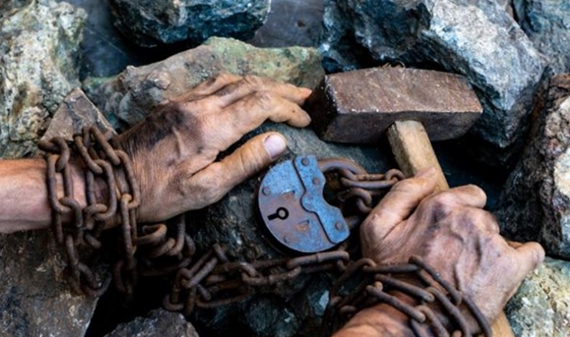