In countering the torrents of the disinformation “tsunami”, youth should be forefront activists

In the face of the expanding and worrying phenomenon of disinformation, we need to acknowledge that this challenge is not a national or European one, but one that transcends borders. It's time we join efforts with non-European states to counter and prevent this problem.

In the face of the expanding and worrying phenomenon of disinformation, we need to acknowledge that this challenge is not a national or European one, but one that transcends borders. It's time we join efforts with non-European states to counter and prevent this problem.

Almost five months ago, the Russian invasion of Ukraine began with missiles and airstrikes falling on the country’s capital, Kiev, followed by a ground incursion of troops from multiple directions. With it, a tsunami of disinformation and “fake news” unfolded. Nonetheless, this is not a newly emerging phenomenon.

Over the past few years, an unprecedented wave of disinformation, misinformation, and “fake” news has been raiding TV news, shows, newspapers and most prominently, online channels and platforms. The Covid-19 pandemic has greatly exacerbated such an increasing trend, with the surfacing of the Coronavirus “infodemic”, as it was dubbed, with conspiracy narratives and disinformation disseminated across a myriad of online channels, as well as in diverse digital formats. Despite the containment of the Covid-19 virus across international borders, the massive diffusion of disinformation, has not, likewise, subsided.

With the unfolding of the increasingly catastrophic repercussions of the spread of disinformation, the impact on the public, and on youth in particular, is indeed manifold. From contributing considerably to the fuelling of polarising sentiments and narratives, to exploiting existing divisions within society, leading in some cases to radicalisation processes, to skewing public behaviour and opinion, both offline and online.

In front of a rapidly expanding and worrying phenomenon, we need to fully acknowledge that disinformation is not a national problem – diffused within the borders of some states. Nor is it solely a European one, especially since when it transcends language borders also. Disinformation is a transnational issue. As such, preventive and counter-measures should be framed along these lines with a particular focus on youth.

In a joint project between the European Foundation for Democracy and the U.S. Mission to the European Union which unpacked the phenomenon of disinformation and its impact on young people, it was underlined that young people must be equipped with the ability to critically assess the reliability and credibility of information they are exposed to through social media. In addition, they must act responsibly when creating and sharing news online.

To do so, media literacy is considered to be a fundamental tool which provides young people with the necessary understanding of how online information and media are produced, shared and diffused across different portals. EU policymakers need to take action in implementing media literacy through digital education programs for school and university students, these programs should be developed and applied both at national, and EU levels.

In addition, EU policymakers should encourage journalists, based on the fundamental role they play as essential information fonts, messengers and reporters of news and information, to empower young people in tackling disinformation through fact-checking the content of online mediums, and support them in critically engaging with information that is presented online.

The recent contingent of socio-political issues has made us recognise how rapidly disinformation is spreading and the threatening reverberations that it creates across several levels, as well as categories, of individuals.

It is more than time for Europe to join efforts with non-European states to counter and prevent this diffused phenomenon, empowering the public and youth to contrast the torrents of this tsunami. 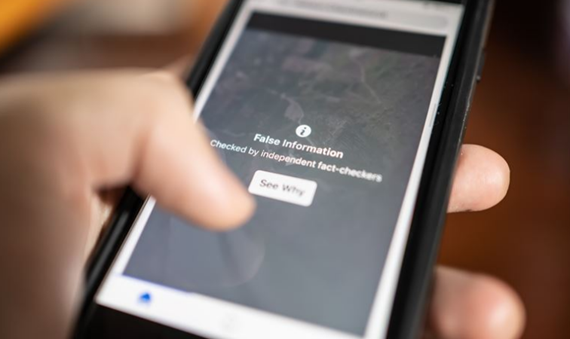