With the onset of the Covid-19 pandemic, right-wing activities have been on the rise as the state tried to exercise control on people’s movement to help stop the spread of the virus. Several anti-mask and anti-lockdown protests have taken place across Europe, as many right wingers believe and propagate conspiracy theories that Covid is not real. During this period, online radicalization and anti-Semitic content and conspiracy theories across a range of platforms including Twitter, Facebook and Telegram increased, according to a report from the Institute for Strategic Dialogue.

In November 2019, 20 right-wing extremists were arrested in Italy for forming a new political group called “Italian National Socialist Workers’ Party”. Among those arrested was a prominent member of the ‘ndrangheta — one the most powerful mafia groups in Italy which primarily operates out of the Calabria province. Later, he became a pentito (informant) of the Forza Nuova Party in the northwestern region of Liguria where he provided military training to members. The group was particularly dangerous, as they had a wide arsenal of weapons and explosives and the training to use them effectively.

Recruiting was largely done through social media networks, and new members were trained through a hidden chat feature on Facebook called “Militia”. Through the internet, the group was able to collaborate with other far-right groups. It reached out to the White Aryan Resistance organization founded by Tom Metzger, the American leader or “Grand Dragon” of the Ku Klux Klan. Forza also linked up with the neo-Nazi Combat 18 group which originated in the United Kingdom, but now has a presence in 18 countries worldwide.

What this example demonstrates is the strong and violent nature of far-right groups, their ability to establish links worldwide — particularly through social networks — and the ability to use those networks to recruit, train, and radicalize members. Also, because many members belong to organized crime networks, it is much easier for them to get access to weapons.

In January 2021, Andrea Cavalleri, 22, was arrested in Savona by the DIGOS — an Italian police force that specializes in crime prevention. The police were able to intercept a communication in which the young man declared his intent to attack a feminist demonstration, and to replicate the actions of Luca Traini, who opened fire on a crowd of foreigners in Macerata in February 2018, injuring six people. Traini also fired at a headquarters of the Democratic Party (PD), then wrapped himself in an Italian flag and gave the fascist salute in front of a monument. In March 2021, the Supreme Court sentenced Traini to 12 years in prison for intent to carry out a massacre based on racist motives. Interestingly enough, Traini’s name was written on the assault rifle of Brenton Tarrant — the Australian far-right terrorist who massacred 51 Muslim worshippers in 2019 in Christchurch, New Zealand.

Cavalleri held a deep hatred for women — particularly Jewish and Communist women whom he regarded as “great enemies”, but also “modern” women. In fact, he described himself as an Incel (involuntary celibate), which is a member of an online subculture of people who define themselves as unable to find a romantic or sexual partner despite desiring one. The police intercepted communications where Cavalleri encouraged acts of violence such as the “School Shooting” or “Day of the Rope”.

Authorities also discovered that Cavalleri, together with other peers, had set up a national socialist organization called the New Social Order — which is a neo-Nazi organization inspired by the Atom Waffen Division USA (figure 1) — with the aim of recruiting volunteers and planning violent acts. The young man had been in direct contact via online chat groups with other extremist individuals, with whom he collaborated with in the drafting and dissemination of neo-Nazi and anti-Semitic documents on the web.

In June 2021, 12 neo-Nazis between the ages of 26 and 62 were arrested in Italy. The men were members of the Aryan Roman Order, a neo-Nazi group dedicated to inciting anti-Semitism by publishing racist propaganda, as well as promoting conspiracy theories.

A female member of this group, Francesca Rizzi, became notorious for winning the “Miss Hitler” contest on the Russian social network VK in 2019. The German eagle and swastika tattoo are displayed prominently on her back. That same year, Rizzi attended a nationalist conference in Lisbon where she tried to forge a transnational alliance between Socialist-inspired movements. Marco Gervasoni, a professor at the University of Molise, was also in contact with the Aryan Roman Order through VK. He was recently arrested by the police for making threats against Italian president Sergio Mattarella.

The Aryan Roman Order also created a chat group on Facebook and WhatsApp called “Judenfreie Liga (O.A.R.)”. Authorities were able to intercept communications that incited violence against Jews and immigrants, as well as uncover preliminary plans to carry out a terrorist attack on a NATO base using homemade explosive devices and collaborating with militants in Portugal.

What is clear from the above examples is that there is a growing far-right movement emerging in Italy. These far-right groups:

What has made matters worse is that the period of lockdown and social isolation due to Covid-19 has only exacerbated the problem, as young people stuck at home are more likely to access the internet, be influenced by online propaganda and forge ties and relationships with far-right groups around the world. It is clear that there is a growing danger of right-wing extremism emerging in Italy and authorities must be extremely vigilant going forward.

European Eye on Radicalization aims to publish a diversity of perspectives and as such does not endorse the opinions expressed by contributors. The views expressed in this article represent the author alone. 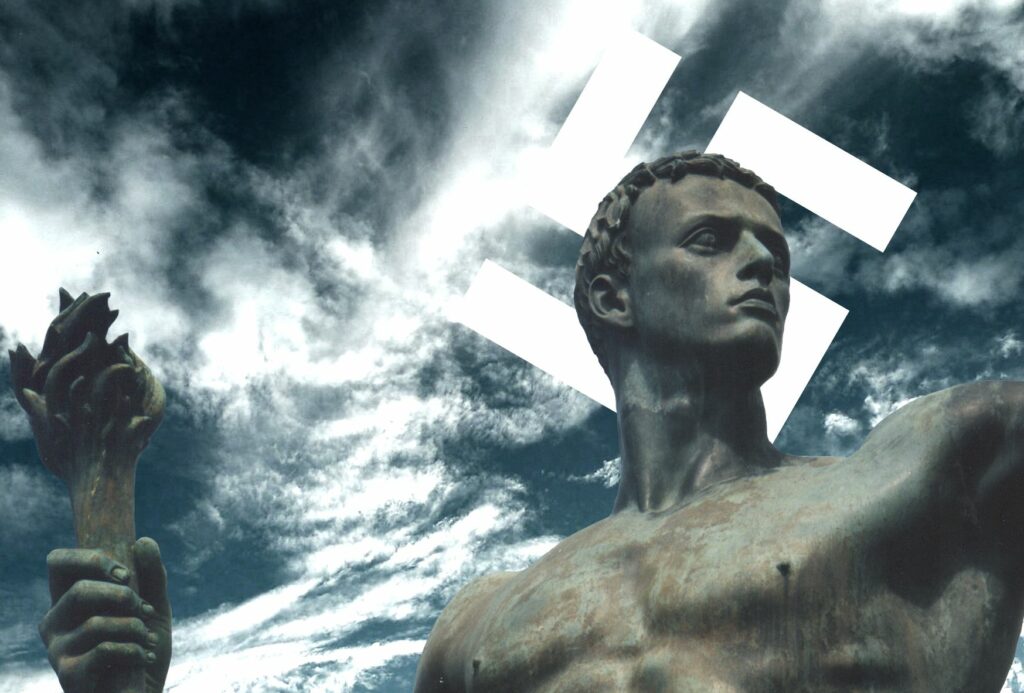