Malaysia has been hailed as a potential “model” for others to follow in the global fight against forced labour.

A conference in Brussels was told the Asian country has taken several “positive” steps to address the issue.

At the same time, further “urgent action” is needed, not least in Europe to ensure that “it gets its own house in order”.

“Malaysia can become a regional standards-setting country and hopefully this could have a ripple effect on other countries in that region,” said Holger Loewendorf, a senior advisor with the Brussels-based policy institute European Foundation for Democracy which organised the meeting.

He added: “The EU has an important role to play in supporting such efforts.”

Forced labour, the event at Brussels press club heard, is a persistent problem worldwide but international organizations and several countries – led by the United States - seek to end abusive labour practices.This is reflected in new domestic regulations, due diligence requirements for companies, new provisions in trade agreements, and additional customs requirements that align with international norms such as those endorsed by the International Labour Organization.

However, implementation and enforcement remain problematic, admitted Loewendorf, who presented the results of major EFD research on the issue.

This, he said, involved a field visit to Malaysia and he cited its palm oil industry as a case study to show how a specific country is attempting to meet international standards and present itself as a “reliable partner.”

Speaking at the event on 13 July, he said, “In our field visit we spoke with trade unions, workers, the human rights commission and others and there was a surprising clear consensus on the challenges they face. All are also working on finding solutions.”

“Everyone we spoke with in Malaysia takes accusations of forced labour seriously and this is a marked change from some others in the region.”

There are, in Malaysia, about 60 national laws on forced labour. He said this, together with efforts by individual companies, including in the palm oil sector, could lead to “drastic improvements.” This, he said, includes giving workers the legal right to air grievances about forced labour.

Calling for “a carrot and stick” approach, he said, “No one wants to risk the implications of import bans but, at the same time, the Malaysian example can be a catalyst for change.” Key challenges, though, include the recruitment of workers and their working conditions, currently “fragmented and complex”, sustainability and the “defusion” of new regulations and “norms”.

“This is where EU has a big role.”

The EU, he said, should also be sending a message that it can and should be playing a leading role in this effort and not leave it to others. “It can do so by developing more effective regulations without leading to bans that might hurt trade. No one would want that.”

He warned: “The EU will not be seen as credible in this, though, unless it gets own house in order. It must tackle its own problems of forced labour or be seen as hypocritical. This suggests that better regulations are still needed to tackle forced labour.”

He added: “In Malaysia it is clear that forced labour is seen as an issue and people are taking meaningful steps to address it. The EU should support these initiatives and support reliable partners in this endeavour.” One way of doing this, he said, would be for the EU to provide funding.

He cited the $36m committed by the U.S to tackling forced labour, adding: “I am not sure what the EU is doing and this needs to be remedied. The EU needs to spread the word about this as an issue and improve regional outreach programmes.”

Other recommendations, he said, include asserting moral leadership by immediately and forcefully addressing forced labour problems that exist in EU member states; ensuring that new regulations do not restrict trade and avoid the temptation of protectionism; differentiate between countries with a track record of systemic forced labour and those who recognise and are attempting to resolve labour issues; and use EU partnerships and funding to support labour rights activities in partner countries.

Another speaker was Pieter Cleppe, Vice-President of the Belgian think tank Libera, who warned that if the EU simply refuses to trade with authoritarian regimes, Europeans could suffer a drastic fall in living standards.“It is not about imposing EU standards but certain conditions do have to be fulfilled such as due diligence.”

He asked if imposing “stringent conditions” in EU trade deals was the “most effective way” to improve working and living conditions for those affected by forced labour. Or should we be looking at a more effective strategy?” he asked.

He added: “You cannot tolerate slave labour and all countries should understand that and it is therefore not surprising that the Commission has come up with a proposal to ensure that big companies don’t have forced labour in their supply chains.

“The EU, with this draft directive, has been criticised for not doing enough but it is best to walk before you run. It is best to take one step at a time and not to impose burdensome conditions.”

The directive includes a civil liability clause for directors of companies which he welcomes while stressing that implementation is still left to national authorities.

He also noted that “some of the EU’s trading partners are taking this issue seriously and others less so.”

The European parliament, he added, has called for a ban on imports from those countries guilty of forced labour violations, similar to the US “which is going much further on this than the EU” with, in the US case, an import ban of goods from some Chinese provinces.

He said: “The jury is still out on how effective this legislation is but it seems a good idea to at least try it. The commission should make a measured approach and let's see if we can get the biggest companies to change and help eradicate slave labour.”

Also speaking was Paul Vandoren, a former EU ambassador to Croatia and former Acting EU ambassador to Russia, who said the EU “should not impose standards on others that it does not always comply with itself.” He said, “This issue has a lot to do with the role of the EU in the global order. The EU wants to be a global actor but this is easier said than done.  The EU champions a rules based global order but delivering on this is not so easy.”

The former EU trade negotiator said: “Years ago, trade was all about market access for goods and services. Now the big change has been the demand for human rights to be respected in trade deals. I welcome this and the policy to adopt a values based approach in our trade dealings with our partners.”

“But we should not insist on 3rd countries complying with certain standards if our own member states do not do so. We have to be honest and not ask others to do what we are not doing ourselves.” He described the draft directive on forced labour as “absolutely correct” saying this will boost implementation and enforcement. It is right, he said, that this includes possible sanctions if violations take place.

“Some, of course, will hate the EU’s new approach as they think we are trying to interfere with domestic matters but, overall, the way forward should be cooperation with our trade partners.”

In a Q&A, the three speakers were asked what practical action the EU could take, for instance, to support the reforms in Malaysia and increase pressure on China which is seen as one of the worst offenders on forced labour. Cleppe said: “I would suggest it is good to have a targeted approach when it comes to signalling out countries and companies that act in bad faith. But it is too easy just to say ‘no more trade’ with offenders but that is not the right approach.”

Loewendorf agreed with a targeted approach, adding: “It is also not always clear who speaks for the EU on this issue so it needs to be made clear who our trading partners can talk to in order to ensure that their contribution is accepted.”

He added: “There is probably a need to make more field visits to see the results of what is being done in Malaysia.For Malaysian industry addressing the issue of forced labour is a way to gain a competitive edge on other countries in the region. Malaysia can become a regional standards-setting country and hopefully this could have a ripple effect on other countries in that region.Other countries would then have to live up to what Malaysia is doing or lag behind.”

The ambassador replied: “This new approach on human rights and trade is now part of EU trade policy and that is welcome.”

On how to tackle cultural aspects of the problem, Loewendorf noted: “There is an understanding that this is not just an economic issue but is a deeply rooted problem, for instance, in the palm oil sector which has its roots in colonization.  is a much broader problem and  therefore there has to be an understanding of what forced labour is.”

The EU has an important role to play in supporting such efforts by offering, for example, “incentives”.

“But values are not incentives, they are costs. An incentive could come from the EU in the form of technical assistance and funding. This definitely needs to happen because tackling forced labour needs a holistic approach. It is an industry and government process so will take actions on all levels," he added.

He added: “Some parts of Malaysia are more susceptible to forced labour than other areas but there is an understanding that the problem exists and action is being taken to resolve it.”

Cleppe said: “It could be an idea to have a ranking on forced labour, for instance, in North Korea it is thought ten percent of the population are in forced labour. A ranking system would show where progress is being made and it is also a good way to inform people and raise awareness.” 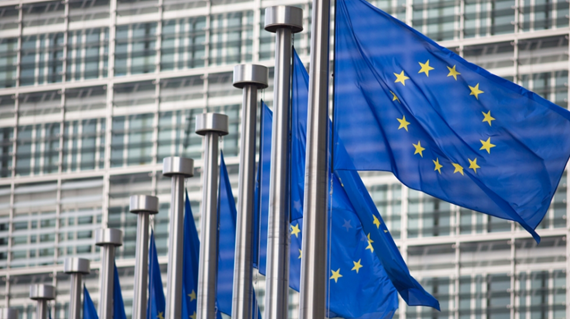