NATO Membership for Sweden: Between Turkey and the Kurds

With the NATO summit approaching, Sweden is now caught between Turkey’s demands and its own complicated domestic politics.

This year, NATO member countries will gather in Madrid from June 29 – 30 to discuss its new Strategic Concept that will highlight the security challenges facing NATO and set forth measures to counteract them. High up on its agenda is naturally the Russian invasion of Ukraine and its repercussions — including attempts by Sweden and Finland to join NATO.

As the Russian invasion upended the security situation in Europe, hitherto nonaligned Sweden and Finland have now sought to apply for the NATO membership. Most NATO members welcomed the move, and the Secretary-General Jens Stoltenberg optimistically foresaw a fast-track process. According to the Finnish President Niinistö, Turkey had also been clear as late as the beginning of May that it would not oppose the applications. That scenario, however, had changed by the end of the month when Turkish President Recep Tayyip Erdogan put cold water on the process by declaring his opposition to both countries joining NATO.

Erdogan accused the Nordic countries of being a “home for terrorists” and demanded that Sweden extradite the Kurdistan Workers’ Party (PKK) members and allow weapons export to Turkey, among other conditions for Turkey not to veto membership for both Sweden and Finland. This change came about as a surprise for all other parties involved. President Niinistö said that had he known about the potential veto before, Finland would not have handed in an application when it did. However, Finland’s application is largely a byproduct of ongoing tensions between Sweden and Turkey over Sweden’s Kurdish minority and its current role in Swedish domestic politics.

The Kurdish issue has been a bone of contention between Sweden and Turkey for a number of years. The Kurdish diaspora in Sweden is a large (estimates vary between 100 000 – 150 000), well integrated, and politically active community. Currently, there are six Kurdish members in the Swedish parliament.

In contrast, Sweden denies Turkey’s accusations of harboring Kurdish terrorists and actively supporting the PKK. In fact, Sweden emphasizes it designated the PKK as a terrorist group back in 1984, being the second country to do so after Turkey itself. What Sweden has done is show support for the Syrian People’s Protection Units (YPG) and its political arm the Democratic Party Union (PYD) in northeastern Syria, both of which are regarded by Turkey as the PKK subsidiaries. Turkey makes no distinction between these groups, and Sweden’s open support for Kurdish groups excluding the PKK and its criticism of Turkey’s authoritarian government further vexes Ankara.

However, the most likely trigger of Ankara’s recent ire against Sweden was the deal struck between the ruling minority social-democratic government and the independent MP (and Iranian Kurd) Amineh Kakabaveh back in November 2021 to form a government. The deal between the Social-Democrats and Kakabaveh has meant that the government deepened its cooperation with the Kurds in Northern Syria.  The current Swedish government is dependent on Kakabaveh’s vote for its one-seat majority in parliament. More recently, Sweden welcomed the head of the PYD, Salih Muslim, who was interviewed by the Swedish state TV and posed for picture with Swedish foreign minister Ann Linde, Kakabaveh, and the head of YPG’s all-female wing, Nesrin Abdullah. Likewise, Kakabaveh had long been fiercely critical of President Erdogan and advocated for Kurdish independence in the Middle East, much to the chagrin of Turkey.

The Swedish government is struggling to manage Turkey’s pressures with its own domestic political needs, as it has never been in such a position. Its NATO application had widespread support in the Parliament, which was confirmed in a vote earlier. On the other hand, support for Kurdish aspirations for independence runs deep in Sweden. And with parliamentary elections coming up soon in September, reneging on its deal with Kakabaveh as a means of securing NATO membership would not prove favorable for the Swedish government. The week after the Midsummer weekend (June 25 – 26) is also the traditional start of the election season as the country gears up for general elections later this year. This is yet another reason why the current government wouldn’t want to upset Amineh Kakabaveh, who could overturn Swedish NATO-membership and create an unwanted political storm right before the elections. Ankara’s stance seems to be influenced by Russia, which further erodes its low popularity within Sweden and makes the idea of Stockholm caving to Turkish demands a move that is unlikely to garner popular support.

Predicting how Erdogan will deal with this situation is not easy. A lot will also depend on how Sweden handles negotiations with Ankara – currently, Prime Minister Magdalena Andersson is aware of the sensitive nature of the issue and negotiations are handled directly from the Prime Minister’s office rather than the Foreign Office under Minister Linde—unpopular in Turkey for her undiplomatic statements.

There are two likely and equally possible scenarios that can emerge from the present situation. One is that Turkey can drive up a hard bargain until the actual vote at the NATO-meeting (either at the coming summit or later) and nevertheless refrain from a veto. Despite the current tensions, the two countries do share a long history of friendly relations—Sweden was the first Scandinavian country to recognize the Turkish republic in 1924 and pushed for Turkish membership in the EU—that the two countries can draw on to resolve the issue by resorting to some skilled diplomacy.

On the other hand, Turkey may indeed veto the Swedish membership bid and continue demanding concessions, such as extradition of individuals and prohibition and closure of websites and organizations tied to the Gülen movement that are active in Sweden. Most Turks see Sweden as pro-PKK and therefore support the Turkish government’s position against Sweden. Even with this move, Sweden might eventually join NATO, but it will take a lot longer and won’t happen until after the parliamentary elections in September at the earliest. Then, Sweden may have a less fragile parliament and can pursue negotiations with Turkey with greater flexibility. This could help cool the temperature and focus on things like trade, which Turkey wants.

Considering the massive support from Sweden’s Nordic and Baltic neighbors for NATO membership, it is likely that both Sweden and Finland will eventually become members despite the unexpected obstacle. However, current tensions make it increasingly likely that these two countries may not gain membership at the same time or within the timeframe first anticipated. Since domestic pressure is rising on President Erdogan due to the election in Turkey next year, it’s probably in his interest to have any conflicts with other NATO-members resolved before those elections take place. Not objecting to a Swedish membership in NATO could help Erdogan smooth relations with NATO especially when relations are already fraught because of Turkish ties with Moscow amid the war in the Ukraine. 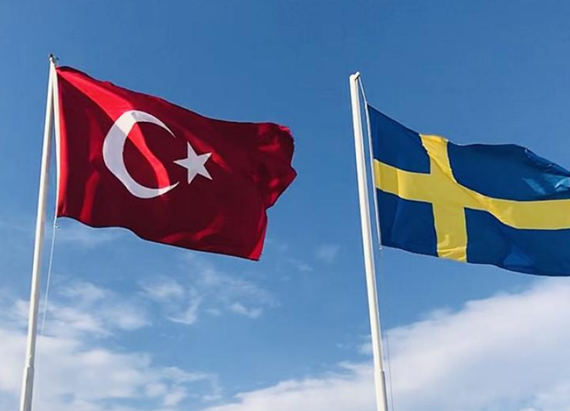