Prominent Al Jazeera figures and other social media users from Qatar took to Twitter to express their anger at continued Israeli attacks against Palestinians.

Prominent media figures, activists, and residents in the Gulf state took to Twitter to express their anger as well as support to Palestinians facing violence in the holy city.

Hundreds of far-right Israeli Jews took the streets of Jerusalem on Thursday chanting “death to Arabs” and attacking Palestinians, leading to days of ongoing clashes outside Jerusalem’s Old City walls.

“Al Aqsa is calling us.. the blood of martyrs revives us.. Palestine must return,” Al Jazeera news presenter, Ayman Azzam tweeted on Sunday after Palestinians broke through Israeli barriers to enter the holy site.

The comments came as Arabic hashtag [#القدس_تنتفض] or ‘Al Quds rise up’ trended on Qatar’s Twittersphere, where many call out foreign new outlets for misrepresenting the flare-up in violence.

Hadeel Al Moussa reacted to a tweet by the UAE-based Sky News Arabia that said “Israel ‘allowed’ Palestinians to access the vicinity of Jerusalem’s Old City.”

Al Moussa responded in a tweet saying “first, it’s called occupation and not ‘Israel’. Second, the barriers were lifted by the will of the Jerusalemites and the occupation forces withdrew against their will and were defeated.”

Al Jazeera host Ahmad Mansour was also one of the many Al Jazeera figures who were vocal on the popular online platform, posting images to document the bravery of Palestinian resistance in the face of Israeli terrorism.

“The Israeli occupation army has reached a state of complete exhaustion in front of defenceless Al Quds youth who pledged to protect al Aqsa while protectors of Israel and its supporters are crying for help to stop the Al Aqsa uprising,” he said in a tweet.

In another tweet, Mansour celebrated a victory that saw Palestinians force Israeli occupation forces to withdraw from the Damascus gate in central Jerusalem after initially closing it since the beginning of the Islamic holy month of Ramadan.

“The Palestinians won #القدس With their brave hearts, bare hands, sincere determination and adherence to their rights, they forced the heavily armed Israeli occupation army to withdraw, and this is the third time, the first was in July 2017 and the second was in February 2019, and today marks the third time,” he tweeted.

Meanwhile, Qatar’s Representative to the United Nations Sheikha Alya Ahmed bin Saif Al-Thani condemned on Friday the racist attacks by Israeli forces, reiterating Doha’s calls for reaching a “fair, comprehensive and permanent settlement” in Palestine during the Security Council Open Debate on the situation in the Middle East.

How the violence erupted

A WhatsApp group made by far-right extremists ‘La Familia’ called on settlers to organise a march against Palestinians in occupied Palestine, Israeli newspaper Haaretz reported.

“Burning Arabs today, Molotov cocktails are already in the trunk … the way I see it, an Arab dies today,” the group said.

The deliberate attacks by radicalised Israelis involved illegally storming residences of Palestinians while attacking families who live in them.

The Palestine Red Crescent said over 100 Palestinians had been injured, with dozens being hospitalised due to the ongoing assaults. Witnesses said occupying Israeli forces were protecting settlers.

“The [Israeli] police protected the settlers’ march from the Jaffa street until they reached the Damascus Gate, and on the other hand, they fired sound bombs, tear gas, and exhaust water against Palestinians. It was an obvious bias,”Baraa Zighari, an advocate and the head of the Sabra institution, told Anadolu Agency.

Since the beginning of Ramadan on April 13th, Palestinians have been subjected to increasing attacks by Israeli forces who have prevented Muslims from holding evening gatherings outside the Damascus Gate.

“Palestinians love to relax in this area after evening prayers at Al-Aqsa Mosque, but the occupation [Israel] doesn’t like it. It’s a matter of sovereignty,” said Jerusalem resident Mohammad Abu Al-Homus.

Meanwhile in East Jerusalem’s Sheikh Jarrah, over 550 people are at risk of being forcibly evicted as part of Israel’s ongoing ethnic cleansing campaign to clear the land for Israeli settlers.

Sheikh Jarrah is home to 3,000 Palestinians, all of which are refugees who were forced out of their homes in Palestine during the Nakba in 1948. The native population has resisted settlers since 1972.

Israeli authorities have been attempting to implement what it describes as a “demographic balance” in Jerusalem at a 70-30 ratio by illegally limiting the Palestinian population.

According to the United Nations Office for the Coordination of Humanitarian Affairs [OCHA], Israeli authorities demolished, forced people to demolish, or seized up to 292 Palestinian-owned structures across the West Bank, including East Jerusalem in the first quarter of 2021 alone. This led to the displacement of 450 Palestinians, of which 246 are children.

The numbers recorded in the first quarter of this year present a 121% increase in attacks against Palestinian structures and 126% in displacements.

On a monthly average, settler forces have demolished 97 structures, a 37% increase in comparison to 2020 numbers. 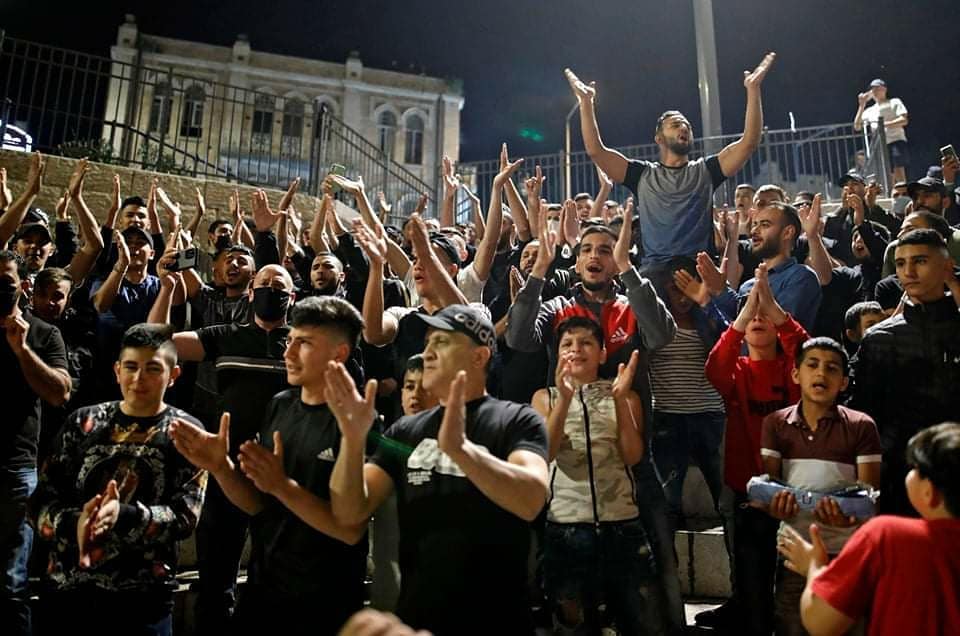