Vladimir Putin’s visit to Tehran earlier this month was his first trip outside the former area of the former Soviet Union since his military invaded Ukraine. The Russian president’s choice reflects the importance he places on improving ties with the Islamic Republic.

During his visit, Putin met with Iranian Supreme Leader Ayatollah Ali Khamenei and President Ebrahim Raisi, as well as Turkish President Recep Tayyip Erdogan. Putin visited to join the Tehran summit in the context of the 2017 Astana Process . Established between Turkey, Russia, and Iran in Kazakhstan’s capital in 2017, the forum is Moscow’s alternative to the Geneva peace process on Syria. Logically, Syria – more specifically, Russian and Iranian consent for another Turkish incursion into the country’s northwest – stood at the top of the leaders’ agenda.

More Than a Message to the West

The summit showed that a close relationship with Iran is now going to be even more important for Moscow. This convergence is a natural next step, and not only because of Russia’s isolation from the West. Indeed, the bilateral relationship was already growing before the war in Syria brought it to unprecedented heights.

Putin’s trip, then, was not solely about sending a message to the West that he is not alone. Russia and Iran are set to develop their political and economic ties. Earlier, senior Russian officials had highlighted that the country’s wheat is available to friendly nations, and Russia is probably set to supply more wheat to Iran. The countries also continued to discuss ways to circumvent sanctions through a land-sea north-south transport corridor, connecting Russia to the Persian Gulf, that would carry Russian goods to India.

After the summit, Putin also ratified a free-trade protocol between Iran and the Eurasian Economic Union – Putin’s alternative to the European Union – thus taking another step toward establishing a free-trade zone between Russia and Iran. That possibility first came under discussion more than three years ago. Lastly, Iran and Russia’s state-owned Gazprom reportedly signed an oil and gas deal, though details remain murky. While some reports claimed a potential value of $40 billion, Gazprom’s own announcement did not announce a set figure.

Commentators will rightly point out that the official Russian and Iranian rhetoric over the economic deals is overblown, and it remains unclear to what extent Russia and Iran can help each other’s economy. But this is somewhat beside the point.

Russia will not split from Iran – in Syria or elsewhere. Putin, for his part, will continue to bank on long-term disunity in the West, whose leaders have not known war on European soil of the scale and magnitude that Ukraine is experiencing today. No one should have been shocked that Russian forces attacked the Odesa port only a day after Moscow signed a deal that was supposed to lift Russia’s Black Sea blockade and ease the world’s food crisis. This is how Russia does war.

When it comes to the Middle East, dismissing Russia and Iran as weak actors gives the two countries strategic initiative in places such as Syria. Together, they can still thwart Western interests and threaten regional security. Even more than before, Russia and Iran are integral parts of the same strategic set. 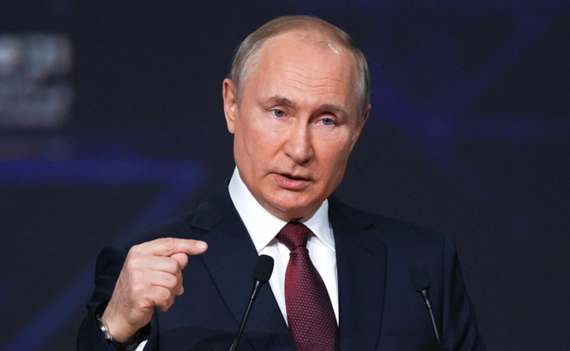