Russia learned how to circumvent sanctions from Iran. Two recipes to stop it

When Russia attacked Ukraine on February 24, Western countries displayed surprising unity and soon prepared the first package of anti-Russian sanctions. As early as March, The Economist wrote that the United States had prepared the “mother of all sanctions”, namely, that it removed Russia from the Swift payment system.

Most Russian banks did indeed take this drastic step later on, but the complete collapse of the Russian economy is still not coming. Despite the fact that European Union countries have imposed sanctions on 98 Russian companies and 1,158 people, including President Vladimir Putin and Foreign Minister Sergei Lavrov.

In addition, European Commissioner Didier Reynders announced in Prague on Tuesday that EU countries have so far frozen Russian assets worth 13.8 billion euros (about 340 billion kronor).

While the sanctions imposed on Russia after the annexation of Crimea are today considered toothless by most experts and one of the reasons for Putin’s subsequent aggression against Ukraine, the current sanctions came too early and are incomparably harsh.

WHILE AUDITORS DO NOT KNOWINGLY ASSIST THE CRIME, THEY DO NOT ALWAYS HAVE THE REQUIRED LEVEL OF RESPONSIBILITY AND DO NOT ALWAYS FOLLOW UP PROPERLY WHEN THEY SEE SUSPICIOUS TRANSACTIONS.

“Probably not, given that Russia has managed to create a network of companies whose owners are difficult to identify,” said Italian political scientist Roberta Bonazzi, head of the Brussels think tank Evropska. , Seznam Zpravy in an interview for the democracy foundation.

In this context, Bonazzi points to a documentary shot in Iran by the independent Russian journalist Alexei Pivovarov. He went to the Middle East country, which has faced sanctions for years over its nuclear program, with a clear goal: to show how Iran can avoid sanctions and live with them. And the Russians clearly learned from their allies’ plight.

“Despite the complex mechanism of European Union sanctions, Iran can still do business not only on the black market but also with real countries and send its oil, for example, to China. Also, in the democratic world, it has managed to create a network of allies in the West that helps it with financial transfers. in practice, they are freely operating front companies”, the political scientist points out the gaps in the enforcement of sanctions.

Who is Roberta Bonazzi?

As a political science graduate at the University of Milan, she founded the European Foundation for Democracy think tank in 2005. She specializes in anti-radicalisation, foreign policy and democratic reforms. She regularly publishes in various international media. She came to Prague at the invitation of the European Values ​​Organization.

So how do we get sanctions to actually work? The Italian expert offers two definitions: “Financial institutions need to be aware of, and even be responsible for, their work on controlling bank transactions. By financial institutions, I do not mean primarily banks, but also audit firms. Auditors do not intentionally assist crime, but always have the necessary level of responsibility. They don’t always own suspicious transactions, and when they see suspicious transactions, they don’t always follow up properly.”

Bonazzi argues that the sanctions apply mostly to family members of Russian officials: “Those on the front do not always own the property, but create a circle of friends to whom they transfer money,” he notes.

Shall we exchange freedom and democracy for money?

Bonazzi, together with his colleague from the same organization, Murat Seyrek, believes that it is not necessary to constantly produce new sanctions packages, but above all, it is important to be able to implement them effectively. “If you don’t have mechanisms to monitor the enforcement of sanctions, you can have lots of sanctions, but their enforcement will be weak,” he warns.

The Italian political scientist is still in favor, although he is aware of the risks of completely cutting the EU off Russian gas. “The question is whether we are willing to trade our freedom and a liberal democratic system for money. It is our leaders’ responsibility to make this public and prepare them for the challenging years ahead. But the price we have to pay will be much higher in the future,” he argues.

According to Bonazzi, Ukraine’s victory in the war with Russia is also a victory for Europe, its values ​​and democracy, so it makes sense that Russia sacrifices something and does not allow it to blackmail her for gas.

“Of course, I and all the people around me are afraid of how such a move will affect their lives and how it will affect them personally. But how does the war affect the lives of Ukrainians who have lost everything? Can we let it continue?” The political scientist asks himself a rhetorical question.

It also warns against the fatigue of Europeans from the war in Ukraine, noting a survey from their homeland where 35 percent of respondents said Ukraine and the North Atlantic Alliance were responsible for the war. However, despite some public opinion and some voices of the opposition, the Italian government is said to be helping Ukraine and acting in concert with its NATO partners.

When asked if new leaders were born within the European Union during the war, Bonazzi answers with a resounding “no”. But after thinking for a while, he adds that he was impressed by Italian Prime Minister Mario Draghi, thanks to his clear stance, as well as the leaders of Sweden and Finland, who decided to join the North Atlantic Alliance after decades of independence.

Note of EFD: we proceeded with a correction of the article about the paragraph "Who is Roberta Bonazzi?", changing "he" in "she" in her bio. 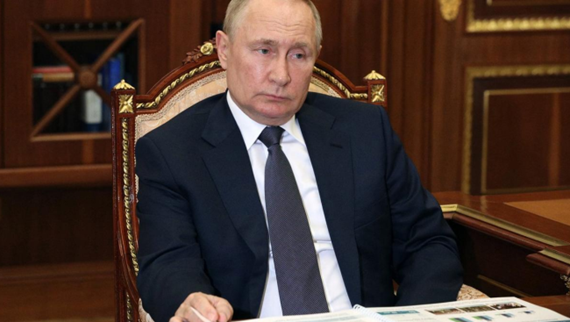