Russia sees a chance to resurrect the 2015 Iranian nuclear deal and is proposing a synchronized approach including “concrete” steps by the Biden administration to help Iran and the U.S. break their deadlock, the country’s top negotiator said.

Russia sees a chance to resurrect the 2015 Iranian nuclear deal and is proposing a synchronized approach including “concrete” steps by the Biden administration to help Iran and the U.S. break their deadlock, the country’s top negotiator said.

“There’s a chance now that hasn’t existed for a long time,” Deputy Foreign Minister Sergei Ryabkov said in an interview Wednesday in Moscow. “We have to try and use it.”

U.S. President Joe Biden has offered to participate in talks between Iran and major powers to revive the accord abandoned by Donald Trump in 2018, but the two sides remain at odds over who should act first. As a starting point, Iran wants the U.S. to lift sanctions that Trump reimposed, stifling oil exports and hurting the economy. Biden wants the Islamic Republic to first resume its compliance with the multilateral agreement that seeks to curb its nuclear program.

Ryabkov said the U.S. could show its commitment to rejoin the nuclear deal by starting to lift the freeze on Iranian assets and oil exports, while Iran should gradually restore its compliance with the agreement.

Russian efforts to push a compromise would likely face significant skepticism in Washington, given Moscow’s close ties to Iran and deep tensions with the U.S. and Europe.

“Now, as in the past, Moscow continues to play a double game with the West. It acts as both a ready partner and Iran’s lawyer,” Anna Borshchevskaya, a senior fellow at the Washington Institute for Near East Policy, said in a commentary.

Talks between Iran and the so-called P5+1 -- China, Russia, France, the U.K., the U.S. and Germany -- could take place as soon as next month, Ryabkov said, adding that he sees the currently incompatible Iranian and U.S. positions as merely “points of departure” for negotiation.

Moscow has a detailed plan whereby Washington and Tehran would take synchronized steps to gradually return to their obligations under the pact without either side losing face, he said. Iran has been urging a step-by-step return to the deal as a potential compromise but the U.S. hasn’t embraced the idea.

Ryabkov said both governments had shown interest in the idea, though neither has done so publicly.

Iran last week rebuffed the offer of talks from Washington, but the two sides are in indirect contact, including through the Swiss embassy in Tehran.

Raising the barrier to diplomacy, Iran has restricted snap international inspections of its nuclear sites, providing access only for an additional three-month period under an arrangement with the global atomic watchdog announced Sunday.

Ryabkov said he did not share concerns that the Iranians were close to developing a nuclear weapon though it was also important that Tehran “reverse gears on enrichment, on the centrifuges.”

“Everybody noticed the correctness of steps taken by the Biden administration but it is not sufficient. Of course, lifting sanctions is of paramount importance,” but there are other steps such as issuing waivers for oil exports and allowing access to Iranian holdings frozen in third-country banks, he said. “From the Iranian side, accordingly, it is quite possible and necessary to take concrete steps to return to full implementation.” 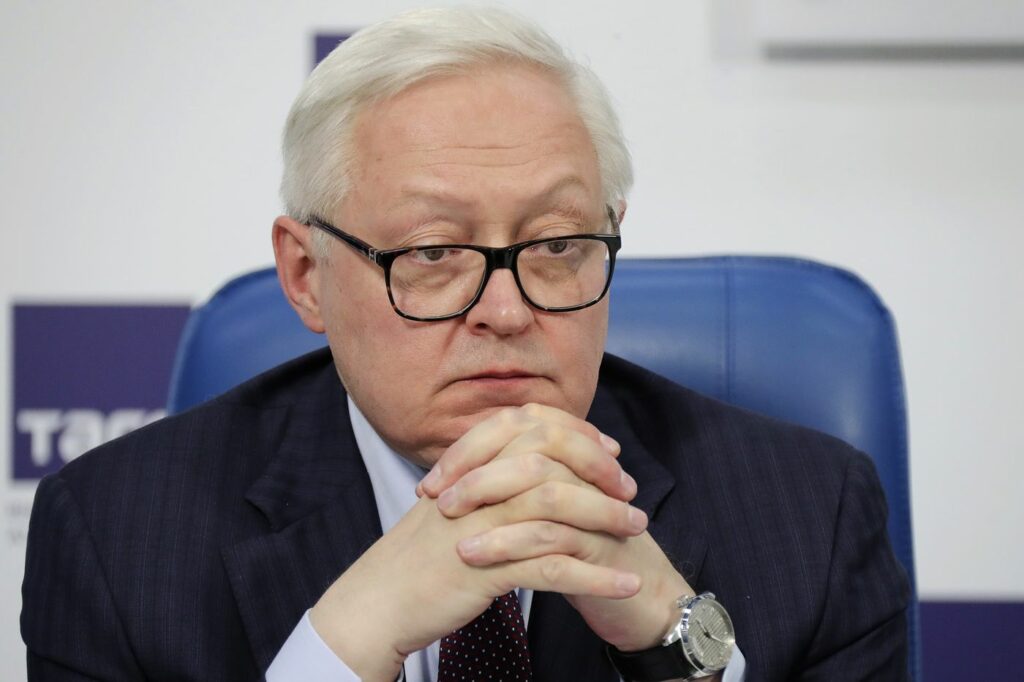