On Thursday May 28th, 2020, The European Foundation for Democracy, in cooperation with the US Mission to the EU and the European Values Centre for Security Policy, conducted a webinar on an important and current topic for Europe: Covid-19 and the related disinformation efforts and strategies conducted by the Russian and Chinese governments aimed to destabilize Western societies.

On Thursday May 28th, 2020, The European Foundation for Democracy, in cooperation with the US Mission to the EU and the European Values Centre for Security Policy, conducted a webinar on an important and current topic for Europe: Covid-19 and the related disinformation efforts and strategies conducted by the Russian and Chinese governments aimed to destabilize Western societies.

“We see that China is essentially becoming like Russia when it comes to information manipulation in Europe,” said Jakub Janda, Director at the European Values Centre for Security Policy. “The tactics are similar even though the long-term strategy might be different.”

Janda referred to the fact that only two years ago the perception of the two countries was very different among people in the European political establishment. Russia was seen as a “major aggressive threat,” while China was not perceived as such. China was rather seen as having a positive and constructive role, a partner which Europe wished to engage with.

“Today, not only because of the pandemic but because of internal political structures, we can say that China is more hostile toward European democracies.”

Russia’s and China’s objectives, Janda noted, were mainly the same: to make it harder for Europe and the US to work together. He nuanced his statement pointing out that the current US President Donald Trump had some reservations regarding the Transatlantic relations but stressed that one of the goals of current disinformation campaigns is to “neutralize Europe as a geo-political actor who could stand against Chinese interference, for example in Africa.”

According to the expert, the objectives of the Chinese government’s disinformation campaigns can be summarized as follows:

Janda went on to note that the spread of the disinformation was amplified through local proxies such as former European politicians or public officials. “Political institutions or individuals work on behalf of China, so you don’t see the misinformation coming from China directly.” Another way of putting pressure is through blackmailing of politicians and companies. “There is the example in Berlin,” Janda said. “The Chinese government hinted at the idea that if Huawei equipment wasn’t used for 5G, the German car industry would suffer in China.”

Balkan Devlen, Associate Professor at the University of Copenhagen and Senior Fellow at the Macdonald-Laurier Institute, elaborated on the strategies used by Russia. “Their political warfare is what I call a lean start-up model,” he said. “Fail fast, fail often to see what works depending on the target or context: Blackmail, disinformation and hoaxes. This is corruption in a different setting.”

A point of interest would be to understand why the Kremlin is interested in destabilizing the West. “Regime protection would be one reason,” said Devlen. “Make the alternative, the European democratic model, look bad and non-functioning.” Such disinformation machines are very good at detecting what works and what doesn’t and adapt their tactics thereafter.

Another reason is the limited window of opportunity for the current Russian regime to shape the international order. “Creating confusion in the West serves that purpose very well.”

The motivation can also be explained by Russia’s wish to extend its control over its geographical and political sphere of influence. “If the liberal democracies are busy with their own issues then it’s less likely that they will push back when Russia acts.”

With regards to the Russian strategy regarding the Covid-19 pandemic, it is less of a blame-deflecting mechanism as the one in China, but rather a tool to increase the division among Western partners. The strategy is geared toward “undermining the trust.”

Todd Helmus, Policy Analyst at Rand Corporation, talked about the way in which these strategies are implemented via social media. He mentioned that two Princeton researchers, Jacob Shapiro and Diego Martin, found that Russia had launched 38 social media propaganda campaigns since 2016, all of them with diverse goals, such as discrediting the political leadership of French President Emmanuel Macron, bashing Hillary Clinton, trying to polarize the American society, creating support for far-right political movements, and attacking Ukraine.

A lot of the content was meant to create audiences through, for instance, the creation of Facebook groups. Some argue that the people joining those groups already adhere to the specific ideology being promoted, but the long-term strategy for taking advantage of the easy access with those newly created audiences is not yet known. “What I do see as their goal is to promote disunity within the American political system, but also to radicalize audiences and to fragment the society.”

In the case of Europe, Russia wants Eastern Europe not to be aligned with Western Europe, in addition to raising generalized suspicion of NATO. He noted that a study by NATO’s Stratcom Centre of Excellence found that Sputnik in Serbia was creating division in the Western Balkans by saying that the “EU is hegemonic and weak. NATO is weak and fragmented.” Rand has also detected pro-European Twitter accounts with the purpose of countering pro Russian accounts aimed at promoting disunity in Ukraine. “40,000 accounts were found to be outing pro-Russian supporters, and promoting a free European society. There’s a war of words going on in these societies.”

In the particular case of Covid-19, Russia wants to protect its image as the country struggles to manage the impact of the pandemic. Trying to distract public attention from those challenges is useful as it undermines the West’s response to the pandemic.

He concluded by saying that most of the times, Facebook or Twitter identify bots spreading misinformation, but in spite of this, certain media, such as Sputnik, continue to “push out content such as ‘vaccines are not effective” or ‘washing your hands doesn’t work.’ They are in general trying to play down the pandemic.” 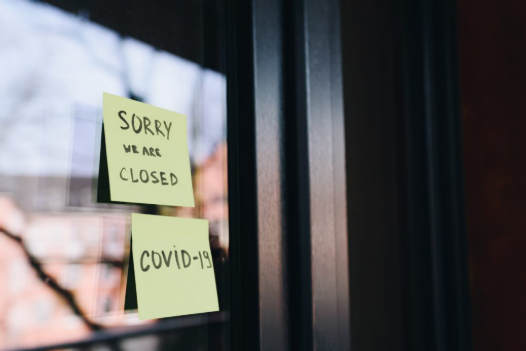