The echo of violence. One year after the assault on Capitol Hill

Today, Thursday 6 January, Epiphany day, marks the first anniversary of the siege by Congress of the most rowdy supporters of President Donald Trump. Capitol Hill, the temple of democracy in the stars and stripes, was transformed for a day into the scene of slaughter by the wild “Trumpist” bunch, the son of a movementism that, on the right as well as on the left, had been animating the dynamics of Washington for a long time. more than palace politics. That assault left behind nine deaths, dozens of wounded, the shame of the allies and the grin of the enemies of the US, a nation humiliated in its principles as a world democratic reference point, still broken and on the barricades.

The election of President Joe Biden, and the first reactions of a certain section of the Republican leaders, who had condemned Trump’s support for the rioters, calling for a return to the traditional anti-populist Republican party, had raised the hope of a new national unity. . A year later, the prospect appears blurred due both to the limits of the new government leadership and a divided and quarrelsome Democratic Party, and to the inability of the Grand Old Party to consecrate new post “Trumpist” points of reference. All this while in the rest of the world dynamics and leadership seem to be affected more or less directly, and with different magnitudes and directions, by the events on Capitol Hill.

During the debate, the speakers will examine the facts and events that led to the assault on Capitol Hill on January 6, 2021, but above all the broader significance of a political-social phenomenon from which Italy and Europe are not immune. One wonders what are the analogies and parallels between the US context and Europe? How to deal with the critical issues of the phenomenon? Is it possible to mitigate its impact? “Europe and liberal democracies in general are going through a phase of great social fragility and lack of trust in their own institutions. Undoubtedly, the pandemic has had a catalytic role in accelerating and exacerbating this process – is the reflection matured within the Foundation – The situation is serious and should not be underestimated with a simple Europe is not like the United States “. The focus will then be shifted to the projections, or rather on what could be the external, as well as internal, repercussions of the events of January 6, 2021 in terms of the criticality of the strength of democracies. “A year after the events on Capitol Hill – continues the Foundation -, it is only right to stop and reflect on what happened and clearly analyze the extent of the phenomena, still in progress, which contributed to the occurrence of such a serious attack”.

Detailed indications on how to follow the debate of 13 January will be provided next week on lastampa.it and through a press release from the foundation itself which will be disseminated on social media and on the official website. 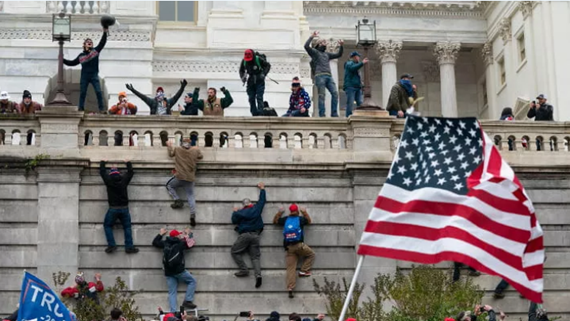