After eight days of Russia’s assault on Ukraine created the largest war in Europe since World War II, the two countries agreed to set up humanitarian corridors in areas where “most intensive fighting,” according to Ukrainian presidential adviser Mykhailo Podolyak. In addition, the two sides agreed to “a possibility of [a temporary] cease-fire in the areas where such evacuations will take place.”

This sounds like good news. Thousands have already died in this war, and approximately a million have become refugees. The war has every chance of spreading beyond Ukraine borders—in fact with the involvement of Belarus, it already has. The West has not experienced such upheaval for decades.

The problem is, the Kremlin’s past behavior offers little consolation it will hold true to its word. Syria is a prime example of this. Since intervening in the country in September 2015 to save Syrian dictator Bashar al-Assad, Moscow brokered a number of de-escalation agreements, only to shore up its position on the ground, something we go into greater detail with Andrew J. Tabler in a  recent paper on Russian diplomacy .

In Syria, Western officials were too eager to take Putin at his word and continued to hope that the Kremlin could serve as a mediator; it was easier to see Russia as part of a solution than part of the problem. As we describe in the paper, Putin took advantage of this perception by positioning Russia as an indispensable interlocutor among a myriad of conflicting parties in Syria. It never offered genuine resolution.

In the same vein, a string of broken ceasefires that occurred on Russia’s watch in Syria over the years had instilled little confidence in Vladimir Putin’s ability to honor his agreements. Putin went into Syria with a key objective of saving Bashar al-Assad from an eminent fall and establishing a strategic Russian military presence on the Eastern Mediterranean. All Russian state activities, including brokerage of ceasefires, supported this goal. Indeed, the Syria experience perhaps like no other offers valuable lessons in how Moscow conducts diplomacy.

The fact of the matter is, when the Kremlin engages in negotiations it is a tactic for buying time, repositioning their operational forces, and achieving greater strategic leverage. Russia has no disconnect between those who do diplomacy and those who go to war, unlike in the West. It utilizes the entirety of diplomatic, informational, military, and economic activities to pressure its opponent’s resolve.

Putin now sees how badly he miscalculated his initial invasion, but he has no intent to stop, only to double down. A strategic pause and redirection could gain his advantages. The very same day that Ukraine and Russia agreed to establish humanitarian ceasefires, Russian foreign minister Sergei Lavrov Russia will continue fighting in Ukraine until “the end”.  Putin himself held a phone call with French President Emmanuel Macron and told him the same. After the call, an Élysée Palace source said, according to CNN, “the worst is yet to come.”

The courage and resolve of the Ukrainian people in the face of Putin’s brutality has inspired the world. It exposed multiple failures of the Russian armed forces, which suffered far greater losses when confronted with a smaller opponent. Indeed, a joke began trending on social media: “NATO is free to apply for Ukrainian membership.” But the asymmetry of forces is still balanced in Russia’s favor, and Putin now understands what kind of fight he is in. To turn the tide, he may soon turn Kyiv into another Aleppo or Grozny.

Western initial euphoria needs to give way to a more somber assessment of what’s to come. This is the best way to save Ukraine. And here Syria can provide useful lessons. 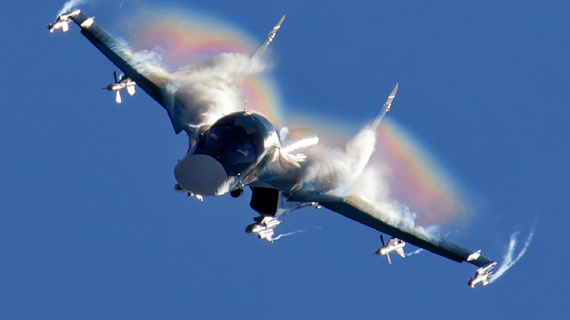