Analysts say Russian leader may have used Israeli PM to buy time for regrouping, and to win legitimacy from world leaders

Israel, a regional power but hardly a global one, is very unlikely to be the negotiating force that derails Russian President Vladimir Putin’s decades-long lust for Ukraine’s land, two Russia experts told The Times of Israel. Rather, they believe Prime Minister Naftali Bennett’s Shabbat shuttle to Moscow is more likely to have served Putin’s goals than Israel’s.

“The idea that Israel is going to be the linchpin in Putin’s decision-making and somehow come to an arrangement between Russia and Ukraine, or Russia and the West, is self-delusion,” said Uriel Epshtein, executive director of Renew Democracy Initiative, an organization founded by Garry Kasparov that has long pushed for democratic reform in Russia.

“There is no place, none,” for Israel to help end the conflict, Epshtein added.

Since Ukrainian President Volodymyr Zelensky’s February 25 request to Bennett that he open a diplomatic channel with Moscow, Bennett has spoken numerous times with Zelensky and Putin. On Saturday he visited Putin and later German Chancellor Olaf Scholz to debrief, and has maintained coordination with France and the United States — all in the service of opening a space for dialogue between Moscow and Kyiv.

Since the Saturday meetings, Bennett has spoken again with Putin by phone. Foreign Minister Yair Lapid has met US Secretary of State Antony Blinken, with the Ukrainian diplomacy efforts among the issues under discussion.

While some in Israel have been delighted by their head of government taking an active role in attempting to mediate the world’s top conflict, experts outside the Israeli echo chamber are less congratulatory. 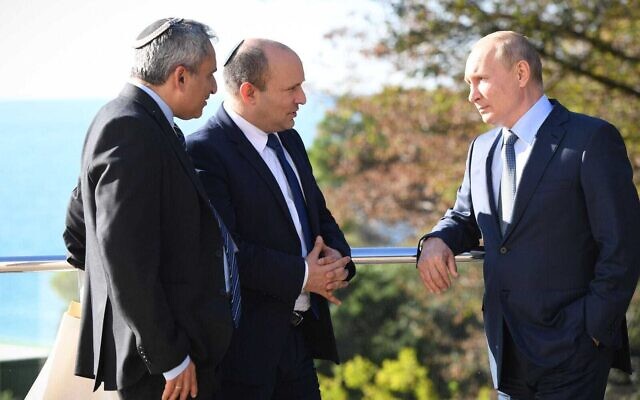 “Israel is a powerful regional power, but it is not in a position to be putting an end to this conflict,” Epshtein said.

“I believe that Prime Minister Bennett is making the same mistake that [German Chancellor] Olaf Scholz and [French President] Emmanuel Macron made before — thinking that they, master diplomats that they are, will put an end to this conflict,” he said. “I think Putin is playing these world leaders.”

Weeks before Russia invaded Ukraine on February 24, Macron flew to Moscow on February 7 for marathon talks that reportedly included several hours of lecturing by Putin on world history.

On February 15, Scholz also went to Moscow with the aim of averting war. During their post-meeting press conference, Putin said that “we do not want war in Europe,” and then partially withdrew some of his troops encircling Ukraine, less than 10 days before eventually invading.

Anna Borshchevskaya, a Russia expert with the Washington Institute for Near East Policy, said that Putin “does not consider Ukraine to be a real country” and is not actually prepared to stop his military bid to return Ukraine to Russia’s sphere of influence.

“It’s pretty clear that Putin really is committed to his war in Ukraine. In fact, even despite the announced ceasefire corridors, Russia continues shelling civilians… It’s hard for me to see how Israel mediation is going to work in practice right now, at this stage,” she said. 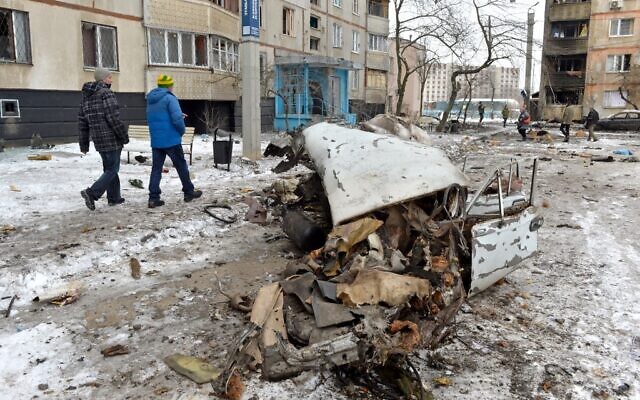 Pedestrians walk past a destroyed car following a shelling in Ukraine’s second-biggest city of Kharkiv on March 7, 2022. (Sergey BOBOK / AFP)

“Right now, unfortunately, this conflict will not end by diplomacy,” agreed Epshtein, who thinks that Western sanctions and internal Russian political pressure are the best alternatives to the conflict ending before a decisive military victory.

“Putin is all in” with his ground invasion, Epshtein said. “Folding isn’t an option for him and a diplomatic solution is akin to folding.

“My hope is that the Israeli leadership doesn’t fall for it… This is a man who months ago said he had literally zero designs or intentions on invading Ukraine, [despite] all of the buildup on the borders. We all know now this was designed for months.”

Why, then, did Putin invite Bennett to Moscow?

According to Borshchevskaya and Epshtein, there are two clear reasons for Putin to play the diplomatic game beyond obtaining negotiated goals: buying time for tactical regrouping, and buying legitimacy from world leaders.

Diplomacy is an extension of Russian military policy, and vice versa, said Borshchevskaya, explaining that Russia has a record of using peace talks for tactical gain.

“The Russian state utilizes what, in the West, we call a whole of government approach: its diplomatic, military, informational, and economic arms come together to pursue an objective,” Borshchevskaya said. 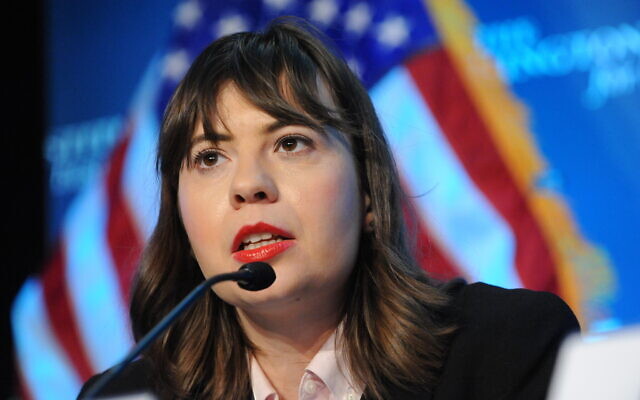 “In Russia, there’s no separation between those who do diplomacy and those who do war. In fact, the positioning of troops is diplomatic messaging in and of itself.

“And because [Putin’s] calibrating his next steps,” she added, negotiations are “a tactic for buying more time, for repositioning operational forces, for achieving some kind of strategic leverage that Russia didn’t have before.”

Borshchevskaya pointed to prior behavior in Syria, where Russia used ceasefires as a tool to help further bolster the regime of embattled Syrian President Bashar Assad.

She said she believes Putin’s meeting and calls with Bennett and overtures to other world leaders were part of such tactics.

“In Syria, Russia actually brokered a lot of ceasefires, all of which broke down. Russia also participated in a lot of de-escalation activities. But again, all of that ultimately served the larger objective of saving Bashar Assad. And I think that’s probably more of what’s going on here, that it’s a tactic along those lines rather than a genuine desire for peace.”

As a second piece of the calculus, Putin could be looking to Bennett and other peace brokers for legitimacy.

“One of Putin’s ultimate goals is legitimacy. He wants to be perceived as legitimate. That’s like one of his ultimate insecurities,” said Epshtein.

“How does he get to be perceived as legitimate? He gets to share the stage with prominent world leaders who are democratically elected and have democratic legitimacy,” Epshtein elaborated. 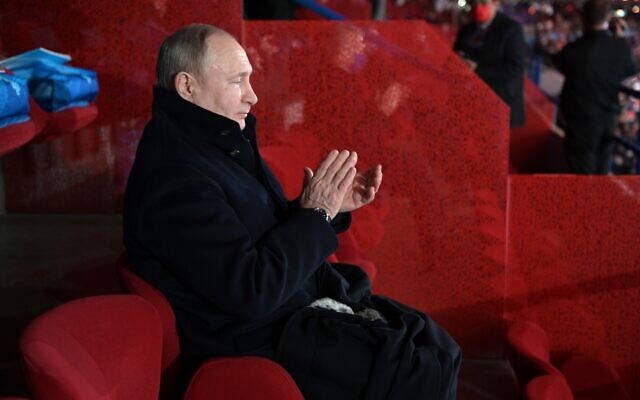 “Bennett appears to be willing and Bennett does have democratic legitimacy, and Israel is a pretty legitimate, powerful regional player in the Middle East. In lieu of getting the tier one, most powerful leaders in the world, Putin seems like he’s willing to settle, for the time being, for tier two.” 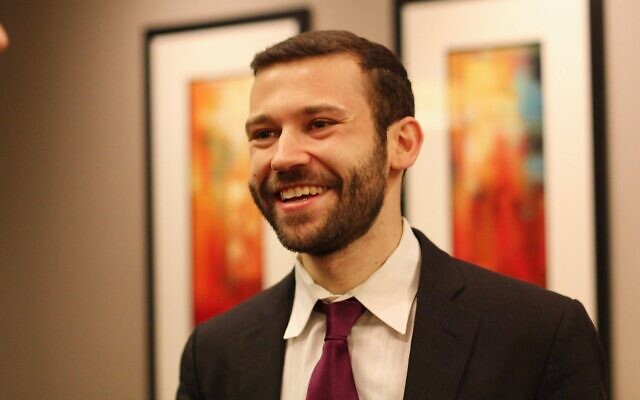 Uriel Epshtein, Executive Director of Renew Democracy Initiative (Courtesy)
Borshchevskaya agreed that Putin, despite controlling Russia for the past 22 years, is looking for validation from other leaders.

“Putin’s acceptance [by the West] as a leader, as a peacemaker, as a mediator, yes, is also simultaneously important to him,” she said. “It’s a kind of dichotomy in a sense, that Putin can’t live with the West and he can’t live without it because Russia, frankly, has always defined itself in relation to the West, psychologically.”

Complementary to this analysis, Borshchevskaya also said that while looking for validation from them, “Putin tends to look down at most leaders,” and was unlikely to feel pressure from Israel, a lesser power.

“[Putin] has a very famous comment several years ago when he said that very few countries possess true sovereignty. And he considered Russia, the United States, China, and India to be on this very short list,” she said. “In his worldview, there are great powers and they have spheres of influence. That is not how we think in the family of liberal democracies. Israel, of course, is part of that family.”

With this background, she added, “it’s hard for me to see how Israel mediation is going to work in practice.”

Upon return from Moscow, Bennett himself said “the chances aren’t great,” but that he had a “moral duty” to try.

Michael Oren, former Israeli envoy to the US, said flying to Moscow may have justified Israel’s tightrope-walking policy, for which it has taken much criticism.

“By negotiating with Putin, Bennett justifies his neutral position on Ukraine, which is becoming increasingly untenable in the West and attracting growing criticism from Ukrainians,” he said. “The only thing that could be done is to say that negotiations will enhance Israel’s stature.”

Zvi Magen, a former Israeli ambassador to Russia and senior research fellow at the Institute for Security Studies, had a more optimistic view about Putin’s intentions but agreed that Bennett, the diplomat, will not be the deciding factor. 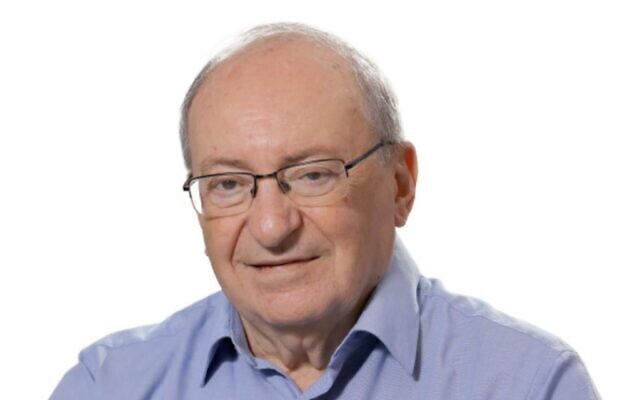 “I would reduce my expectations, it’s not an issue of Bennett’s personal skills. Putin chose Israel because Israel most suits him at the moment. Israel is the only Western democratic state that doesn’t belong to any one side on the issue,” Magen said.

“The one who has to be serious [about negotiating] is not Bennett, or whoever else in that position, but Putin. Putin is advancing this, so apparently he wants to negotiate.” 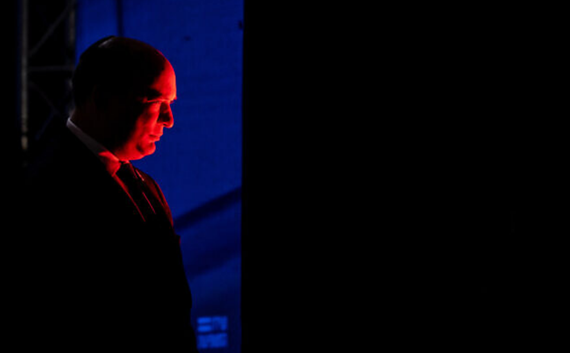