Brussels, 20th March 2014 - “The chances of a final deal with Iran by the 30th June deadline remain slim even if a framework agreement is reached by 31st March” says a policy report published by the European Foundation for Democracy on 20th March 2015. According to the report entitled A Nuclear Deal with Iran Prospects and Challenges and authored by Dr. Bruno Tertrais, in the course of the negotiations, the gap between the positions of the parties has remained significant.

Arguably, this is due to political rather than technical considerations. Iran may believe that it can secure additional concessions from the international community - or assess that three decades of investment in military-related nuclear activities could be jettisoned. In any case, “the very nature of the Islamic Republic prevents a broader ‘reconciliation’ with the West” Dr. Tertrais says. The Iranian administration seems to have miscalculated its own geopolitical position. It assumed that the West desperately needed its a partner in the fight against IS and that Russia and China would be on their side. These assumptions proved to be wrong.

The report analyses the status of and the negotiating options between the six world powers and Iran on its nuclear programme. It presents an overview of why no agreement was reached in November 2014, what a 'reasonable' agreement should look like and what happens next.

The changing context of the talks, namely the shift in Iran’s approach to the negotiations and the rise of the so-called “Islamic State” (IS), may have led to optimism at the prospect of a “grand bargain.” However, Tertrais argues that international sanctions have had their effect and that Iran needs the agreement more than the international community.

“A satisfactory deal would include placing a limitation on Iran’s ability to produce fissile material” - says Roberta Bonazzi, Executive Director of the European Foundation for Democracy - “and should be based on stringent verification procedures. The lifting of sanctions should only be gradual.”

The European Foundation for Democracy will be hosting a series of briefings in London, Brussels, and Berlin to present the report in the coming weeks. 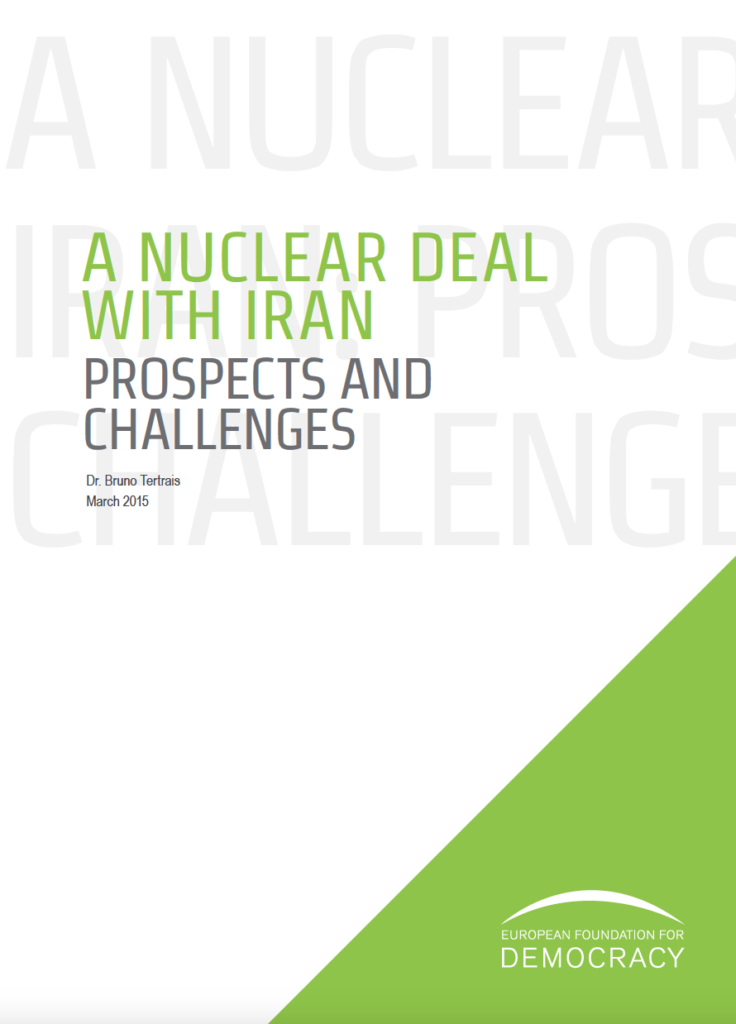